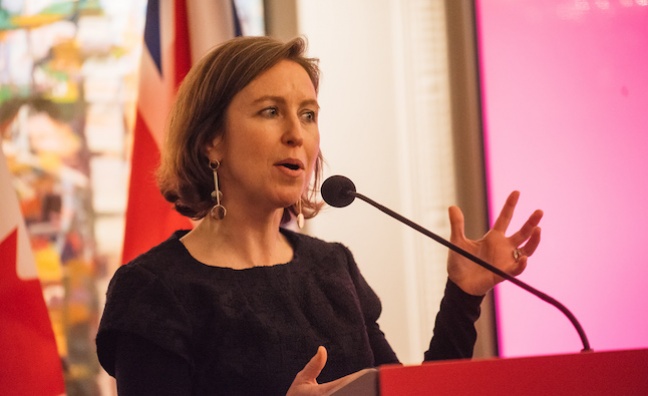 The international initiative – led by PRS Foundation and supported by the Creative Europe programme of the European Union – was launched in 2018 to empower women to transform the future of the music industry to achieve a 50:50 gender balance by 2022.

The Keychange pledge has since seen more than 180 festivals sign up and commit to programming gender balanced line-ups by 2022. Today’s announcement sees the pledge expand to include conservatoires, orchestras, broadcasters, concert halls, agents, labels and any music organisations seeking to achieve a better gender balance in the industry.

The extended initiative encourages all Keychange signatories to achieve meaningful change by undertaking a pledge towards targets which are relevant to their individual set-ups.

Speaking on the extended Keychange initiative, Vanessa Reed, CEO of PRS Foundation and founder of Keychange, said: “It’s really encouraging that major music organisations and independent companies are demonstrating their commitment to gender equality in music alongside hundreds of festivals worldwide. From world leading concert halls and orchestras to Bella Union, (the first indie label to approach us), pledge signatories are creating an industry wide movement. This will increase choice, quality and opportunity for future generations of music lovers, industry professionals, music creators and artists.”

Alexander Schulz, who came up with the idea of the Keychange 50/50 gender pledge, and is CEO and Founder of Reeperbahn Festival added: “In 2017, when we launched the Keychange program at Reeperbahn Festival, we also declared our intention to present balanced line-ups on festival stages and conference stages by 2022. For us it was crucial, that we have a clear vision of our goals and transparent parameters to count the change. With this initiative we installed another helpful tool on the long road towards change for the entire music industry. Since then more than 150 festivals worldwide have joined the pledge of 50:50 by 2022. This is much more than we were expecting and a wonderful add on to the original Keychange program. It’s a logical step in equal measures that the initiative has now been transferred to neighbouring businesses within the music industry and the media. We are very much looking forward to see the change in a broader way.”

Keychange Ambassador and CBSO conductor, Mirga Grazinyte-Tyla said: “Being a female conductor I’ve probably heard the question “How is it to be a female conductor?” more than any other question during my life so far so I’m absolutely aware that as a society we still do have the work to be done for the right balance. I am glad and very proud to be a Keychange ambassador as well as, with the whole City of Birmingham Symphony Orchestra, we are proud to sign up to the Keychange pledge."

In November 2018 the initiative undertook a landmark step towards achieving its goal of encouraging a gender-balanced music industry worldwide, by presenting a manifesto for change at the European Parliament in Brussels, with the aim of increasing and sustaining representation of women in the music industry.