Rag'N'Bone Man reveals all about Life By Misadventure 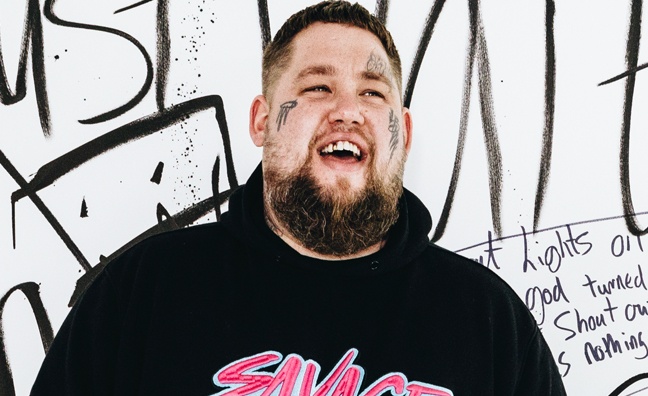 Rory Graham has told Music Week that he’s hoping to push the sound of pop music in a different direction with his second album as Rag’N’Bone Man.

Graham stars on the cover of the brand new issue of Music Week, out now, and the 4x platinum-selling superstar used his cover interview to reveal all about Life By Misadventure, which is due on April 23 via Columbia.

Working with his long-time musical director Ben Jackson-Cook, Graham began writing songs for the follow-up to his chart-topping, record-breaking Human album in 2018. He revealed that he scrapped his first collection of songs, which were in the vein of D’Angelo or Gil Scott-Heron, when he hit upon a new sound informed by country, folk and rock’n’roll.

He headed to Nashville, where he and Jackson-Cook wrote with Allen Shamblin and Mike Reid – who made Bonnie Raitt’s I Can’t Make You Love Me – plus Kacey Musgraves hitmaker Natalie Hemby, Grammy nominee Ruby Amanfu and Pat McLaughlin, among others. Hemby co-wrote lead single All You Ever Wanted, which has already passed one million views on YouTube.

“This record is vastly different from what I’ve done before, but I’m pretty happy about that,” he told Music Week. “I seem to be quite good at digging into my past and I don’t have a problem with that. I’m not hiding in any way on these songs, everything is on a plate.”

“I really enjoy listening to music where I instantly know what someone is feeling, that’s what I wanted to do,” he continued. “Certain people who I’ve written with have really helped me realise that I can just be really honest and I don’t have to feel embarrassed in any way about that. I’m a grown man, I shouldn’t feel I have to hide.”

Graham said that his desire to move on from the blues sound of his debut fuelled him throughout recording, with live sessions taking place with producer Mike Elizondo (Eminem, 50 Cent) in the countryside outside Nashville.

“It might have been easy to just work with the same writers, the same producers and cover the same things I’ve done before,” he said. “But no-one wants to hear two albums the same, it’s boring. Progression is a really good thing and I feel this is a really big progression from the last album. Although Human is good, this makes it look a bit Mickey Mouse if I’m honest…” 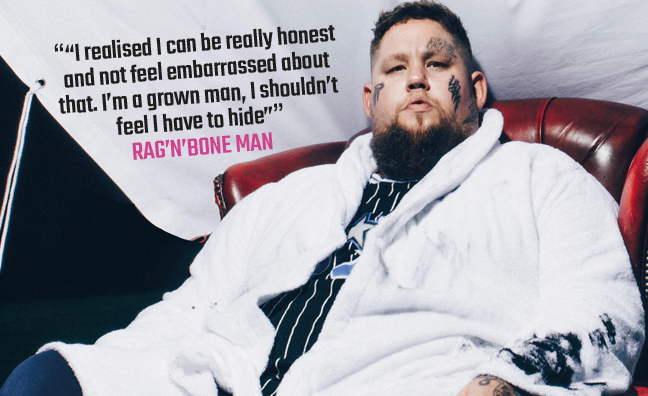 Graham’s return is one of the most eagerly anticipated of 2021, and he arrives with huge commercial success behind him. The winner of three BRITs and an Ivor Novello Award, he has posted 2,187,889 sales for his Human single, according to the Official Charts Company. The album has sold 1,254,357 copies. During release week back in 2017, it sold 117,101 units, becoming the decade’s fastest-selling UK debut by a male artist.

Now, the singer wants his new music to impact more than just the charts.

“I listen to the radio and think there isn’t enough of what I like, so I’d like to see a change in music as a whole,” he said. “But you have to be the change. You can’t say stuff and then not go out on a limb and do something different. I hope the album might influence a few people just to play stuff a bit more live or have interesting drums on their records, rather than just trap hats or whatever. That’s my hope, that it might change things a little bit. I’m not saying the music industry is boring or anything – I think it’s an amazing time for music – but in terms of what’s on daytime radio, I feel it could be a bit more interesting. I’d love to see a resurgence in bands, I miss that a lot. I’d like to hear more bands, more guitar music on the radio.”

Elsewhere, Graham opened up about the impact of fatherhood on the album, which features lyrics written for his son. “It makes you think about stuff like your moral compass and how you were when you were a kid, how you might have grown up and the scary world that’s out there for your child,” he said. “I found that to be a real muse for me, just being a dad.”

Following the end of his marriage, the singer wondered if fans would expect a break-up album. He told Music Week that Life By Misadventure is anything but.

“I had it in my mind that people might expect me to write about heartbreak, but I didn’t really feel that, so there aren’t really those kinds of songs on this record, it’s a bit more joyous,” he explained. “There’s one break-up song on it, which I told the label they’re not allowed to release as a single. I don’t feel anybody needs any more heartbreak songs, it’s been done so much that it made me want to hear something different. Even that one song is too much to sing live.”