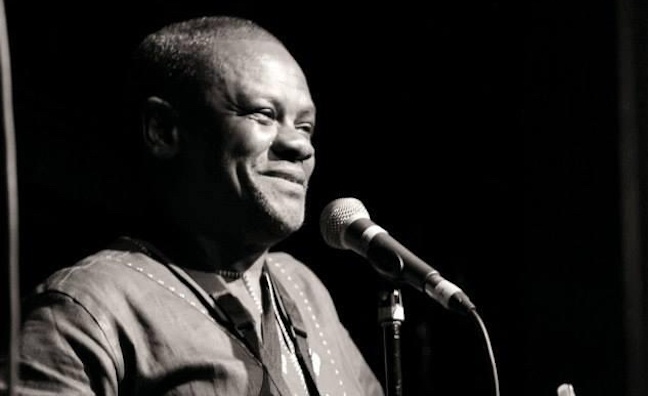 Ray Carless, one of the UK’s finest saxophonists has died after a difficult battle with cancer.

Born in Spanish Town, Jamaica, as part of the Windrush generation his parents would leave for London in 1958. As the reality of their new life in Britain became clear, he and his younger sister Lorna would be reunited with them in East London in 1963.

At school his father, saxophonist (and tailor) George ‘Big Doc’ Carless insisted that he picked up the clarinet to later transfer his skills to the saxophone, and Ray would subsequently hone his skills on the capital’s burgeoning Caribbean music scene.

His solo recording debut came in 1978 with the reggae, funk and soul album Beautiful Weekend, yet in what would become a recurring theme throughout his career, Ray could be heard in a very different musical setting just a few years later. Playing alongside his father on tour with fellow East Londoner and former Small Faces and Faces legend Ronnie Lane, the 1980 TV broadcast Live At Rockpalast captured the magic. As Charlie Hart from the band recalled: "Ronnie, inspired by Ian Stewart, had adopted more of a rhythm & blues approach and the combination of Ray and his dad George became a crucial element. Ray was an incredibly strong, yet lyrical player. He was a very modest, lovely man who fully understood the roots of R&B as well as other forms and both Ray and George were wonderful additions to our humour loving touring party."

During this same period, a number of unique, homegrown jazz funk records were harnessing airplay, and enjoying support from club DJs, and as a consequence entering the UK singles and album charts on a regular basis. Now billed as Ray Carless, he would record and play live with many of the key artists in this scene including Light Of The World, Linx, Beggar & Co, Central Line and Incognito.

Incognito’s Bluey Maunick recalled: "I’ll never forget the first day of brass recording for Incognito’s debut album Jazz Funk back in 1981. Ray had already played his lead parts on various cuts and I’d asked him to put together a horn section. He appeared with a motley crew, comprising two South African trumpeters, Claude Deppa and Peter Segona, who had played with the biggest names on the South African jazz scene. Next to them stood the unmistakable frame of Jamaican trombonist Vin Gordon of The Wailers and The Skatalites fame and what looked like Ray’s older brother with a baritone saxophone case. It turned out to be his father, George! The session was a magical affair and an enduring friendship was born!

“Ray was a soulful saxophonist, a leading light in the UK jazz community and a friend to all. Unlike many of the session players of the time, he didn’t play flashy, repetitive and over-rehearsed scales or try to emulate other saxophonists, but instead forged his own melodic style and tone. He loved playing and creating melodies that would find a permanent place in your heart from first listen. Check him out on our tracks Sunburn and Shine On (both 1981), his own wonderful solo hit Tarantula Walk (1981) or the horn arrangement he created to the opening of our biggest hit Always There (1991) and you’ll understand what I’m talking about."

It’s hard to overstate the impact Brit Funk had on the wider UK popular music scene at the time but some 40 years later at the 2020 BRIT Awards, Tyler, The Creator, stepping up to accept the award for best international male solo artist, left no one in any doubt that it’s still resonating when he said, “shout out to all the British funk of the ’80s that I’ve tried to copy".

Ray Carless was deeply involved in the development, growth and appreciation of Black music in the United Kingdom and abroad

During that Brit Funk period, Ray had continued playing jazz, soul and reggae but could also be heard and seen performing with a diverse range of artists including ABC, on their 1983 Julien Temple directed long-form spy pastiche Mantrap, with Billy Ocean on Top Of The Pops with When The Going Gets Tough (1986) and with Socialist Workers Party (SWP) affiliated band The Redskins, with whom he would record, play live and feature in single videos.

That same year Ray became a founding member of The Jazz Warriors, who would evolve out of the London-based Abibi Jazz Arts organisation, which promoted Black music and culture. The band would become a launch pad for some stellar UK talents including Courtney Pine, Gary Crosby, Orphy Robinson, Steve Williamson and Cleveland Watkiss. The Jazz Warriors released one album, 1987’s Out of Many, One People (Island records).

Ray once said: “I need lots of variety in my music… I love my jazz but I’m happiest when I’m able to express myself utilising the various African Caribbean flavours I’ve grown up with”.

Down the years he’d work with amongst others Big Youth, Gregory Isaacs, Janet Kay, John Holt, Carrol Thompson, Alton Ellis, Beris Hammond, Rico Rodriguez, The Heptones, Aswad, Smiley Culture, Tippa Irie, Mica Paris, Jocelyn Brown, Will Downing, Jazz Jamaica, Sun Ra Disciples, Loose Ends, Kool & The Gang and Hugh Masekela. More recently he had join the Sun Ra inspired Heliocentrics collective for their 2007 LP, and the following year would head to Johannesburg with Township Express to perform at Nelson Mandela’s 90th birthday celebrations - a career highlight, as he'd not only play for but get to meet the anti-apartheid activist and first president of South Africa.

Ray contributed tenor saxophone to Adele’s Rolling In The Deep and I’ll Be Waiting from her Grammy-winning 21 album (2011). He featured on a number of 2018 singles by the group Salute, joined legendary band Cymande, promoted his own Club Skaaville nights regularly in London and played on Cleveland Watkiss’ Great Jamaican Songbook album (2022).

Shortly after his passing, Cymande’s Patrick Patterson and Steve Scipio posted on the group’s website: “He was deeply involved in the development, growth and appreciation of Black music and Black musicianship in the United Kingdom and abroad. We are grateful for the privilege of having had Ray’s skill and expertise contribute to the Cymande cause.”

At family events, Ray would always step up and soundtrack proceedings, whilst in the wider community he’d be the driving force behind many London music education workshops which he'd organise and promote tirelessly. During lockdown, the value of his weekly contributions to the Caribbean Social Forum’s output for its members around the globe was immeasurable.

In his recent tribute, Orphy Robinson said: “Through his encouragement many of us went on to study, play music and have careers and travel the world. He taught us there was a world outside your street, so don’t be afraid to take that journey.”

At Ray’s service at St Mark’s Church, Dalston earlier this month, old friend Peter Parkin said: “A few weeks ago, we travelled to Wales where Ray was set to receive an award but when we arrived it became apparent he just wasn’t well enough to collect it in person. It was a desperately sad moment yet the next morning I was awakened by a voice saying ‘Pete, Pete’. I slowly came to, opened my eyes and it was Ray. He looked at me and said, ‘Don’t waste the day’.”

Sadly, he would pass away just 10 days later.

He is survived by children Trevor, Evette, Annabella, Joshua and Raymond Jnr, sister Lorna and step-sister Lei, 10 grandchildren and one great-grandchild.