Record Store Day 2018: The releases you can't afford to miss 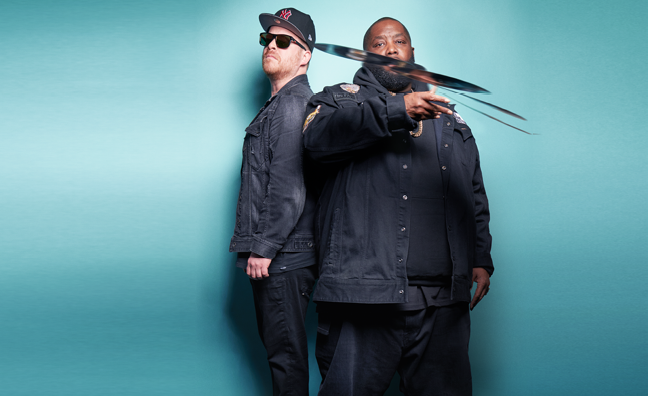 In the latest issue of Music Week, we deliver an essential guide to this year’s Record Store Day. From our cover story with official RSD 2018 ambassadors Run The Jewels to our catch up with event co-ordinator Megan Page and our look at how Flying Vinyl and Vinyl Me Please are resurrecting the concept of the record subscription club, we have everything you need to know. As for the question of what you’re actually going to buy this RSD? Well, we can help you with that, too... Here is a handy list of some of the key artists releasing titles this year:

Music Week's cover stars Run The Jewels are relasing their Stay Gold Collector's Edition Box. Limited to 5,000 copies, it comprises a 12” EP emblazoned with the Marvel Comics logo featuring tracks Kill Your Masters and the Smiff & Cash Remix of Stay Gold (Feat. Gangsta Boo). Bonus: it comes in a metal box built to house Run The Jewels' albums to date - with added space for their next release.

Music Week's recent cover star Sigrid will make her debut EP Don’t Kill My Vibe available for the first time on vinyl. And not only that, it comes on heavyweight red vinyl with a download card. Don't say Record Store Day doesn't spoil you...

Grunge legends Soundgarden will issue their A-Sides greatest hits compilation album on vinyl for the first time and will include the track Bleed Together, previously only available on this edition on import copies. It remains a fine testament to the genius of much-missed singer Chris Cornell.

Legacy / Sony Music will issue Arcade Fire's debut 12” EP for the very first time with a blue coloured, individually numbered EP, augmented with gold artwork. It was previously only available on CD at live dates so expect demand to be very, very high.

Rhino/Warner will be issuing a replica LP of the rare Japanese picture disc edition of The Queen Of Pop's debut album. It will include the original lilac card insert, fold-out Japanese biography and lyric insert, plus a pink heart-shaped sticker.

Record Store Day isn't just about vinyl, you know... It's also big on cassettes. And the most in-demand one this year is sure to be Legacy/Sony Music's reissue of AC/DC's multi-multi-multi-million selling, absolute stone cold classic Back In Black. Play it loud in the memory of Malcolm Young.

UMC are issuing two releases from The Cure in the form of their Mixed Up/Torn Down LP. 1990’s album of club remixes Mixed Up is joined by it’s long-awaited sequel Torn Down featuring 16 new mixes of Cure songs by Robert Smith. Did we mention it's on double vinyl picture disc with a gatefold sleeve? Well, it is.

Pink Floyd are reissuing their 1967 debut album The Piper At The Gates Of Dawn with a remaster overseen by James Guthrie, Joel Plante, and Bernie Grundman. The mono mix of the album also comes in special gold sleeve and includes a poster.

Highlighted as one of RSD 2018's most desirable releases by co-ordinator Megan Page, this 7” single version of Summer Night City is being released as a limited edition reissue (there's only 2000 of them and then they're gone, folks!) in celebration of 40 years since the single was released.