Reissues (Dec 1): The Beatles, The Rolling Stones and 90s Insomnia 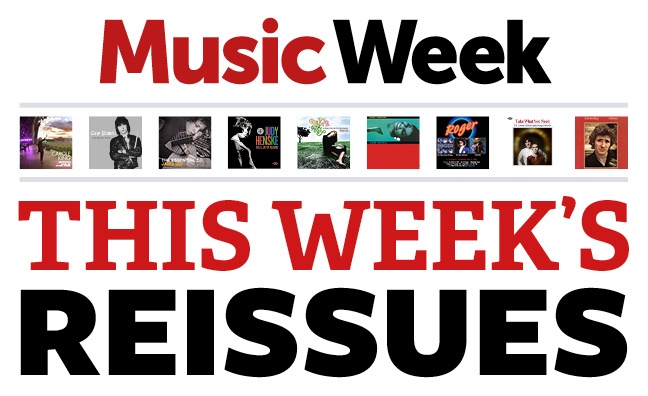 Fifty-five years ago this week, The Beatles' very first hit, Love Me Do, was making a gentle ascent of the chart on the way to a modest peak of No.17. A year later, The Beatles were a big deal, with a large and rapidly expanding fan club, whose members they chose to reward by recording jolly Christmas records, distributed for free on flexi-discs. Issued between 1963 and 1969 — by which time the group existed in name only — they are full of humour (much of it surreal), sketches, songs and even a panto. Never previously officially released they now see their debut as a box set of rather more substantial coloured vinyl 7-inch singles, housed in upgraded card versions of their original flimsy paper sleeves, accompanied by a 16-page booklet with recording notes and reproductions of the fan newsletters that were mailed with them. With a total playing time just shy of 45 minutes, they are brief time capsules allowing a glimpse at the lives of The Beatles at the time.

It is impossible not to notice too that while the early discs featured all four Beatles together in the studio displaying great bonhomie and spirit, they recorded the last two discs separately, eliminating the zany asides and banter that makes the early ones such a great listen. Although these were clearly scripted, The Beatles' quick sense of humour often found them going off at amusing tangents, and they were clearly influenced by The Goons. After three years of addressing their adoring public directly, they rang the changes in 1966 with a Christmas panto, full of absurd musical vignettes and odd characters. In 1967, they upped their game again, with their longest Christmas disc to this point — well over six minutes long — opening with the brief and catchy song Christmas Time Is Here Again, before developing into what seems to be a bizarre series of BBC auditions and fake show sketches by various acts, including The Ravellers with their odd little ditty, Plenty Of Jam Jars. The 1968 disc was assembled by DJ Kenny Everett and is an enjoyable collage of sounds and sketches, with guest Tiny Tim contributing an impossibly highly-falsettoed version of The Beatles song Nowhere Man.

The 1969 disc includes a lot of John & Yoko wandering around the gardens of their Ascot home, a rousing but unappealing song from Ringo and a rather more enjoyable but short acoustic Christmas original from Paul. Overall, it's a very welcome addition to the Beatles canon and something that will doubtless end up in a lot of Christmas stockings. Released simultaneously are new 180 gram black vinyl (6709834) and picture disc (6709835) versions of The Beatles' most celebrated album, Sgt. Pepper's Lonely Hearts Club Band, and the expanded deluxe anniversary edition in high definition digital audio, with bonus tracks. Merry Crimble, Beatle People. A companion to Richard Havers' new book of the same name, The Rolling Stones: On Air is a long overdue release collecting together for the first time rarely heard recordings of The Rolling Stones at the BBC in their formative years. Spanning 1963 to 1965, with the Stones' original line-up of Mick Jagger, Keith Richards, Charlie Watts, Brian Jones and Bill Wyman, it draws from archives of BBC programmes Saturday Club, Yeah Yeah, Top Gear, Blues In Rhythm, Rhythm And Blues and The Joe Loss Pop Show.

Simultaneously released on 18-song CD (6701325) and 32-song double CD (number above) versions, alongside heavyweight (5795828) and yellow vinyl (6702752) variants, it includes well-chosen covers, mostly of blues and rock'n'roll songs, and Jagger/Richards originals, with eight songs being available officially for the first time. The sound is very impressive, with a painstaking restoration process called audio source separation breaking the tracks down to individual elements allowing them to be rebuilt as fuller, more substantial wholes. A taste of what is in store is provided by Come On, The Rolling Stones' wonderfully concise and direct version of a Chuck Berry song, which was their first hit single, and opens this album in fine style. Frequently less cluttered than the studio versions of the tracks (where they actually exist), the album proves that even at this early stage of their career, and with BBC deadlines to achieve, The Rolling Stones were a thoroughly professional and musically tight act. Jagger's vocals are strong and true throughout, and the instrumental tracks are full and vibrant. Particularly enjoyable are their cover of Arthur Alexander's sublime You Better Move On, with discreet backing vocals behind Jagger and a very clear instrumental track that sounds like true stereo but obviously isn't; a swaggering version of It's All Over Now, recorded before an audience; and Buster Brown's Fannie Mae, which opens with a 25-second harmonica solo from Jagger but is still perfectly paced and beautifully resolved in a little over two minutes. Companions to the 90s Loaded (TWIN 90002) and 90s Moving On Up (TWIN 90005) releases reviewed here a fortnight ago, these 3 CD sets are clad in sleek digipacks and priced to sell at little more than £5. 90s Insomnia's 33 tracks include Deacon Blue's rarely heard but excellent Your Town in a Paul Oakenfold Perfecto mix; Hex Hector's dynamic housed-up revision of Toni Braxton's mopy ballad Unbreak My Heart; and Faithless' epic Insomnia. 90s Feel Good includes Prince's own superb mix of Love...Thy Will Be Done, which he gifted to Martika; TLC's Unpretty, as tweaked by MJ Cole; and rather too many extended boy band hits from the likes of NKOTB, A1, Five, 'NSync and Worlds Apart among its 30 tracks. Finally, there are 32 cuts on Feels Like Heaven, including KWS's Italo-house style revision of KC & The Sunshine Band's Please Don't Go; Robert Miles' pounding progressive instrumental house classic Children; and Donna Summer's powerful overhaul of the Andrea Bocelli hit I Will Go With You (Con Te Partiro).