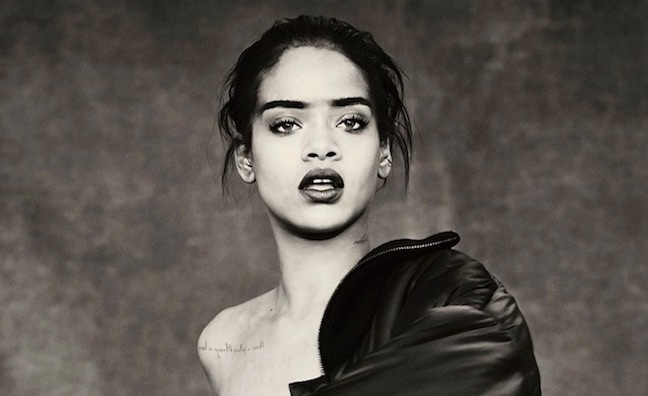 Rihanna has debuted at No.3 in The Sunday Times list of the richest musicians.

Now based in London and with an estimated fortune of £468m, the star enters the list behind Andrew Lloyd Webber and Sir Paul McCartney, who are both worth £800m. Rihanna’s reported 15% stake in French luxury company LVMH is worth £351.6m.

Lloyd Webber deposed McCartney in last year’s list, but his fortune suffers a £20m fall this year due to the coronavirus pandemic. McCartney benefits from a £50m increase year-on-year.

Behind them, Sir Elton John bumps his net worth up £40m to £360m as his last ever tour continues to snake its way around the world. Sir Mick Jagger is in fifth spot with a fortune of £285m, with his Rolling Stones bandmate Keith Richards tied in sixth place with Olivia and Dhani Harrison. They are worth £270m.

Robbie Williams’ comeback sees him finish 15th thanks to a £10m increase in wealth to £185m. Adele is tied in 22nd spot with Ozzy and Sharon Osbourne. Worth an estimated £73m, Engelbert Humperdink is a new entry at No.40.

Ed Sheeran places first on the young musicians (aged 30 or under) rich list, thanks to earnings of more than £600m and nine million ticket sales. Dua Lipa and George Ezra, both worth £16m, are new entries on the under-30s list.

Robert Watts, the compiler of The Sunday Times Rich List, said: “Rihanna typifies the seismic change we’ve seen in the Rich List in recent years. Once dominated by inherited wealth, the bulk of our 1,000 entries are now self-made people with modest and even troubled starts in life who are driven to work exceptionally hard.”

Watts said Rihanna could become the world’s first artist billionaire: “Still only 32, if Rihanna remains based in the UK she could well pip Sir Paul McCartney and Lord Lloyd-Webber to be The Sunday Times Rich List’s first billionaire musician."

Commenting on the coronavirus pandemic, he added: “Touring remains the big earner for many of the stadium-filling acts on our musicians’ list. But the Covid outbreak has wrecked concert plans and so we expect the wealth of many of these musicians will flatline over the coming year. There’s no doubt that for this year at least the wealth of the musicians has held up better than many other ultra-high net worth individuals - especially those with wealth determined by the stock market.”

View the richest musicians and young musicians lists below: