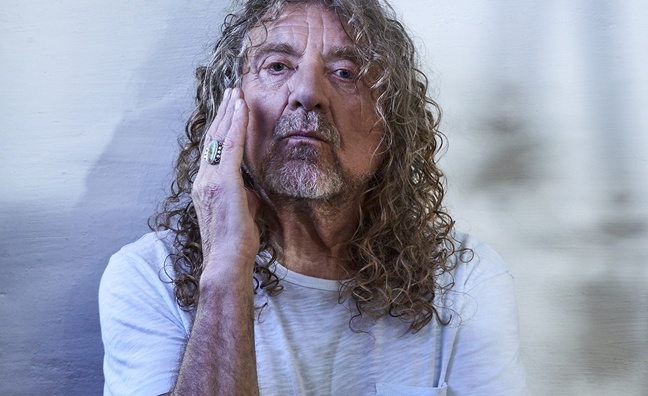 Robert Plant has announced new album Carry Fire, along with details of a 15-date UK and Ireland tour.

Carry Fire, his 11th solo album, will be released October 13 on Nonesuch/Warner Bros. Records. ‘It is his first full-length release since 2014’s Lullaby and...The Ceaseless Roar. It was produced by Robert at Top Cat studio in Box, Wiltshire with additional recordings at Real World and Rockfield studios.

The former Led Zeppelin frontman hits the road in November, starting with a show at Plymouth Pavilions and concluding at Birmingham's Symphony Hall on December 12. He will also perform at London's Royal Albert Hall on Friday, December 8.

Lucy Noble, the Hall's artistic director, said: “Perhaps the most electrifying 15 minutes at the Hall this year was when Robert joined Nigel Kennedy on stage for a scintillating collaboration. He enjoyed the experience so much that he suggested coming back for a headline show – and we were more than happy to accept.

“Robert Plant is a bona-fide rock legend, and we’re thrilled that he’s chosen the Hall for his only London date. Fans will get the chance to bask in great music both old and new - including tracks from his sensational new record.”