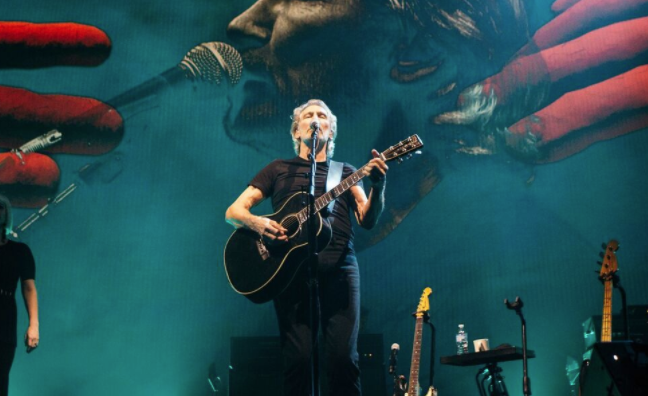 Presenter Edith Bowman will host the event, which raises money for music therapy charity Nordoff Robbins, on Friday, July 6 at the Grosvenor House Hotel in London, while coverage from the red carpet will be presented by Peter Andre.

Roger Waters and Robert Plant are being honoured for their contribution to music and will be presented with the Nordoff Robbins O2 Silver Clef Award and the Integro Outstanding Award respectively. Stereophonics pick up the American Express Icon Award, while Ellie Goulding is awarded the Liz Hobbs Best Female Award and George Ezra will take home the AEG Presents Best Male Award.

Other acts receiving awards this year include The Script, who will be presented with the Raymond Weil International Award and Michael Ball & Alfie Boe, who will receive the PPL Classical Award. Rudimental will be awarded the Bose Innovation Award. Jorja Smith will collect the Amazon Music Best Newcomer Award and the Sky Best Group Award will be awarded to Bastille.

Nordoff Robbins CEO Julie Whelan said: “The O2 Silver Clef Awards are one of the reasons why Nordoff Robbins is able to continue delivering life-changing music therapy to so many people facing some of the biggest challenges who desperately need our help. For 43 years this event has celebrated the best names in music, whilst raising over £10.5 million for our charity to date. We are forever grateful for the tremendous support it receives year on year.”

The Ticketmaster Best Live Act category is open to public vote, with Ed Sheeran, Jeff Lynne’s ELO, U2, Foo Fighters, Iron Maiden, Harry Styles, Dua Lipa, Stormzy, Fall Out Boy, Adele and The XX in the mix for this year’s award. The winner will be announced at the event on July 6.