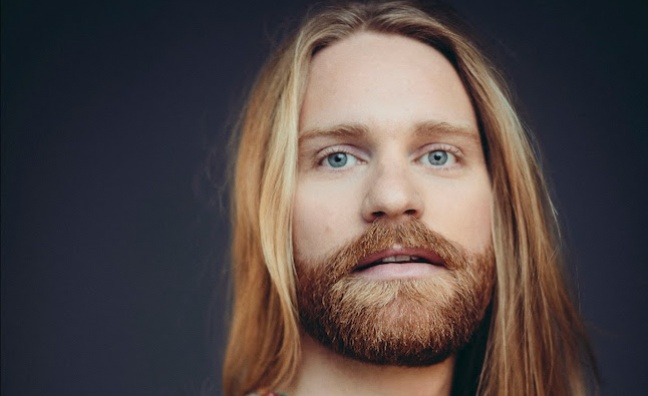 Singer-songwriter and social media star Sam Ryder has been selected to represent the UK at this year's Eurovision Song Contest, Tap Music has announced.

With over 12 million followers, Parlophone act Ryder is currently the most followed UK music artist on TikTok. He will perform his song Space Man at the annual contest, which this year takes place in Turin, Italy from 10-14 May.

Ryder said: “Having been a fan of Eurovision since I was a kid, I am so honoured to have been presented with the opportunity to sing at an event alongside some of Europe’s most talented creatives, performers and songwriters. I hope to sing my head off in a way the UK can be proud of, and to showcase a song I wrote with my friends last summer makes the whole experience even more special. See you in Turin, legends!”

Tap Music announced their involvement in finding Britain's Eurovision entry back in January, with an all-star cast including Dua Lipa and Elton John getting behind the search.

Tap Music co-founder Ben Mawson said: “The search has taken many months and has presented us with lots of dilemmas and difficult decision making as to which direction to go in for our act. We had incredible interest from across the music industry, from unsigned talent through to established artists with No.1 albums, however we settled on Sam because of his combination of extraordinary vocals and a wonderful song that references so many classic British musical influences.”

Tap Music co-founder Ed Millett added: “The Eurovision Song Contest is truly a cultural phenomenon and an amazing opportunity - with 200 million viewers – for the right performer. As well as Sam having an amazing voice – Space Man is an instant song that we’re confident will really connect. Not to mention he’s also an extremely likeable and engaging character – as evidenced by his TikTok following.

“As well as the many musical greats who got behind us this year (Dua Lipa, Sir Elton John, Melanie C, Sir Andrew Lloyd Webber) – it’s been wonderful to work closely with Suzy, Andrew and Lee at BBC Studios who’ve shared such generous insight and been great to work with.”

Nick Burgess, co-president of Parlophone UK, said: “I believe in the credibility of Ben and Ed and their high standards of artistry over the last 10 years of management and most importantly, we have full confidence in Sam's potential to do very well in this incredible competition. He has the voice, the personality, and the song to win the hearts and minds of the Eurovision audience. You don’t get 12 million TikTok followers without an ability to connect to an audience. Ben, Ed and the BBC have been brilliant to work with and have brought a renewed credibility and energy to this year’s competition."

Tap also announced their plans to donate their consultancy fee to MOAS, a charity designed to bring medical relief and first response services to those impacted by escalating violence and war, with a current focus across Ukraine.

Anna Neville, global co-president at Tap Music, said: “The Eurovision Song Contest is a wonderful moment where a large part of Europe comes together for a fun evening of music and entertainment – music has the power to unify people and it’s not passed any of us by that while we’ve been on this process, such awful and tragic events have continued to unfold in Ukraine. We decided that we would donate our consultancy fee to MOAS – Migrant Offshore Aid Stations – due to the incredible work they do right now in Ukraine and other areas conflicted by war.”