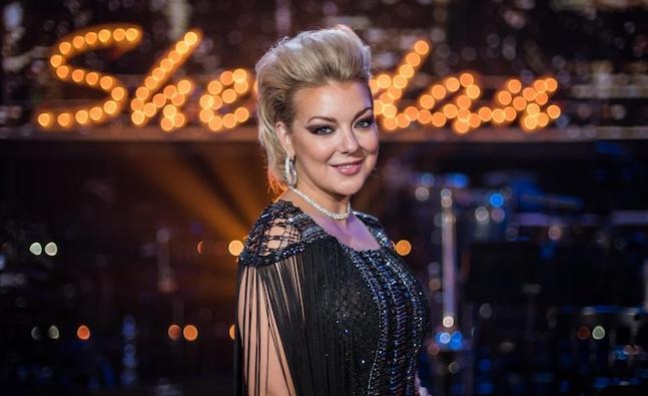 It’s been a good start to 2018  for Warner Music with 17 nominations at the BRIT Awards – all of them for UK acts – and a strong showing for debut artists Dua Lipa, Liam Gallagher, Sheridan Smith and Stormzy (distributed by ADA) in the Top 100 album sellers of last year.

Speaking in the latest issue of Music Week, Dan Chalmers, president of Rhino, East West and ADA, saluted the success of Smith, whose Q4 debut Sheridan (East West) features the TV and stage actress singing a selection of her favourite songs.

“It did really well, Sheridan’s an incredibly exciting artist — multi-talented and somebody we’d wanted to work with for many years,” he said. “We’re absolutely delighted with the way it ended up.”

Following its November 3 release, Sheridan moved 112,241 copies last year, according to the Official Charts Company. The album, which peaked at No.9, has sales to date of 119,186.

Chalmers said that Smith’s “personality” was key to a campaign built around big media moments including an ITV special.

“The reality with an artist like that is it’s not your traditional social media, airplay [campaign], we had to drive it through TV,” he said. “It was about convincing the public that she actually is an amazing musical performer. As the campaign built through her TV performances to start with and the ITV special, through to being Record Of The Week at Radio 2, it just gathered momentum.”

Chalmers said the release involved “breaking an act from ground zero” and that she ended up reaching a “very broad” demographic.

Smith will tour the album in April, including a date at the Royal Albert Hall on April 24. Chalmers said she will return in Q4 this year – and he stressed that Smith isn’t part of the wave of “gimmicky” releases from various TV personalities.

“We’re going to continue marketing her over the next few months and then we’ve got a fantastic concept for her next album, which we’d like to bring to market at the end of next year,” said Chalmers.

East West also enjoyed success with its Leading Ladies project, whose debut Songs From The Stage moved 61,040 copies and made the Top 200 album sellers last year.