Sheku Kanneh-Mason's manager on the rise of the classical star 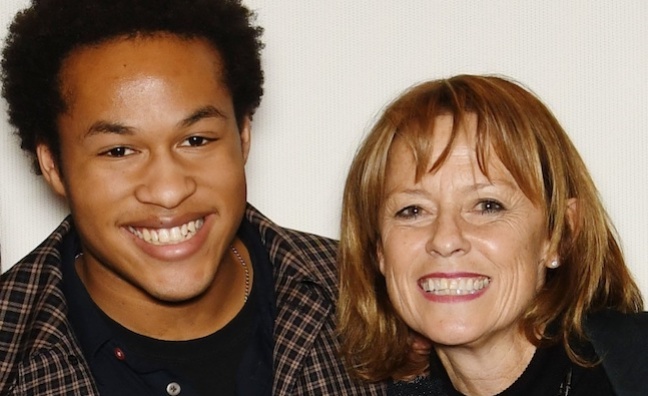 Sheku Kanneh-Mason’s manager Kathryn Enticott has spoken to Music Week about the incredible rise of the classical star as he targets another Top 10 album.

The cellist starred alongside his sister, Isata Kanneh-Mason, on Music Week’s cover last month. The family’s seven siblings have just released their Carnival album via Decca.

While the release of Carnival last Friday may have been impacted by the lockdown in England, there are hopes that it will reach a big audience of classical fans during Q4.

“Every member of that family is incredibly talented,” said Enticott, founder of Enticott Music Management. “And the [Carnival] album is the perfect Christmas release. Decca have done a great job with the launch.”

Sheku Kanneh-Mason has amassed 1,087,762 monthly Spotify listeners. It follows the release of his 2018 debut Inspiration (No.11 peak, 47,591 sales to date – Official Charts Company) and this year’s Elgar with the London Symphony Orchestra and Sir Simon Rattle (17,111 sales).

The 21-year-old is still a student at the Royal Academy.

“He has such a huge profile in America already, and that's very unusual,” said Enticott. “There are other classical artists, like James Galway and Nigel Kennedy, who had an international appeal to a broad audience – but not at such a young age.

“[Sheku] has a very wise head on his shoulders, so it doesn't really get to him. Despite of all these incredible opportunities that present themselves to him, and great orchestras and conductors he’s working with, he’s just as happy being at the [Royal] Academy with his friends playing chamber music. So he likes to have balance in his life.”

Sheku has a very wise head on his shoulders

While the current focus is on the family album, there are also plans for Sheku and Decca label mate Isata, a pianist, to record an album of duets. The pair performed together at the Proms this year (albeit in an empty Royal Albert Hall).

“We had just incredible feedback,” said Enticott. “It was a brilliant concert. In terms of both Sheku and Isata’s career, it’s already on an extremely high level so we're planning concerts for them going into 2023 and beyond just to keep growing.”

Following the positive reaction to the family’s BBC One lockdown documentary, Enticott suggested The Kanneh-Masons can provide a feelgood soundtrack during Q4.

“The brand Kanneh-Mason, it's a wonderful thing,” she said. “I think they can actually do such good for the world – their values and everything they stand for are comforting at the moment.”

To read the Music Week interview with The Kanneh-Masons, subscribers can click here.