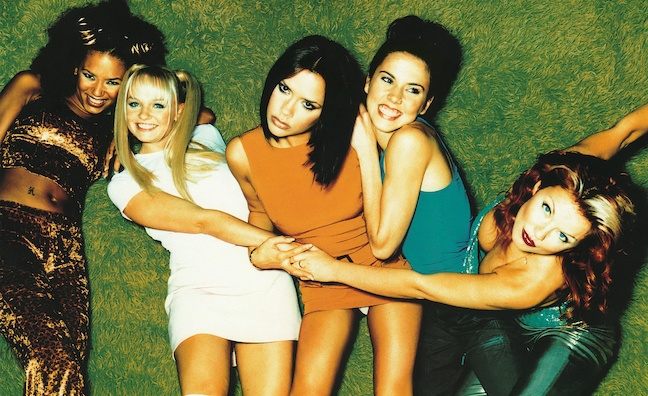 UMC’s Team Spice Girls won big at the Music Week Awards earlier this year in the Catalogue Marketing category in recognition of their 2021 campaign for the reissue of debut album Spice.

As hinted at in our winner’s interview, the next anniversary campaign for the Spice Girls will be Spiceworld, the group’s multi-million selling second album.

It’s been confirmed today that the Spice Girls will release new and expanded versions of the album on multiple formats via UMC/Virgin Records on November 4.

Curated by the band themselves, Spiceworld brings together the original album with some of their favourite bonus tracks and B-Sides, along with previously unreleased live recordings from the Virgin Records archive.

In a statement, Spice Girls said: “The Spiceworld era was such a fun time for us; we’d just had a No.1 album with Spice, we were travelling all over the world and meeting our amazing fans, we released our second album AND we had our very own movie! Who would’ve thought it? It’s crazy to think that 25 years have passed.”

Last year’s reissued debut album re-charted at No.5 - the first time it had returned to the chart in 23 years despite previous reissues. A limited edition Wannabe EP was also released.

Across the formats for the Spiceworld reissue, tracks include fan favourite Step To Me, originally the soundtrack to a 1997 soft drinks campaign where fans were required to collect 20 pink ring pull tabs from cans in return for a four-track CD single unavailable in shops. Spiceworld 25 digital and 2CD formats include the previously unheard original demo recording.

Four previously unreleased live recordings, included on both the 2LP set and the 2 Cassette tape set, are taken from the 1998 European and North American tour.

Among the multiple remixes, a search of the archives revealed a previously unreleased version of Viva Forever. The John Themis Ambient Mix of the track is named after the Australian-born guitarist who later co-wrote Emma Bunton's April 2001 solo No.1 What Took You So Long.

The digital, CD and cassette formats are rounded off by a Spice Girls Party Mix, which pulls together their hits in a near-15 minute celebration.

Spice Up Your Life

Never Give Up On The Good Times

The Lady Is A Vamp

Step To Me (Demo Version)*

Too Much (SoulShock & Karlin Remix)

Step To Me (Extended Mix)