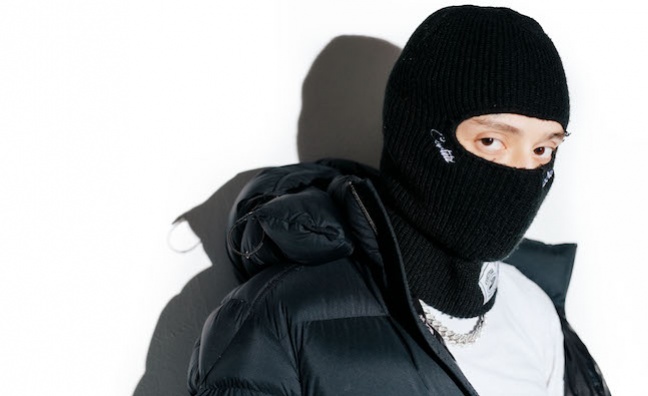 The 22-year-old will join the streaming platform’s global emerging artist programme as the fourth UK & Irish act, following in the footsteps of Young T & Bugsey, Vistas and Beabadoobee last year.

The announcement coincides with Central Cee’s single Commitment Issues, which debuted on Friday (February 12). The track is self-released in partnership with Warner Music’s ADA.

In the past year, Central Cee has dropped four singles that have gained more than 45 million streams on Spotify collectively. Loading racked up eight million streams in just six weeks, while the UK rapper’s monthly listeners are up 173% in the past three months alone to 1,921,352.

Loading peaked at No.19 in the singles chart and has sales of 188,984, according to the Official Charts Company.

Central Cee’s bespoke Radar programme will include 12 months of ongoing support, both on and off platform, including custom creative, platform marketing initiatives, editorial support and more. Already featured on a number of popular Spotify flagship playlists such as Hot Hits UK, Who We Be and Rap UK, Central Cee will soon see further editorial support for the launch of his new single with a dedicated cover of one of Spotify’s newest playlists, Love and Hip Hop.

As we enter the second year of Radar at Spotify, we continue to champion and elevate the stars of tomorrow

Central Cee said: "I'm really looking forward to teaming up with Spotify for Radar. It means a lot to be picked and I'm excited for everyone to see what we've been working on. Getting this kind of support is amazing.”

Sulinna Ong, Spotify UK/IE, head of music, added: “As we enter the second year of Radar at Spotify, we continue to champion and elevate the stars of tomorrow. Central Cee is one of the hottest talents coming through, we’re excited to be continuing our support and deepening his connection with the Spotify audience, working closely with him and his team throughout 2021.”

Young T & Bugsey have seen a 53% increase in monthly listeners on Spotify since joining Radar, as well as breaking into the top of the UK and US charts.

Central Cee joins a line-up of Radar artists from around the world. Other acts include Alaina Castillo (US), JI The Prince of NY (US), Rina Sawayama (Japan) and Merci, Mercy (Australia).