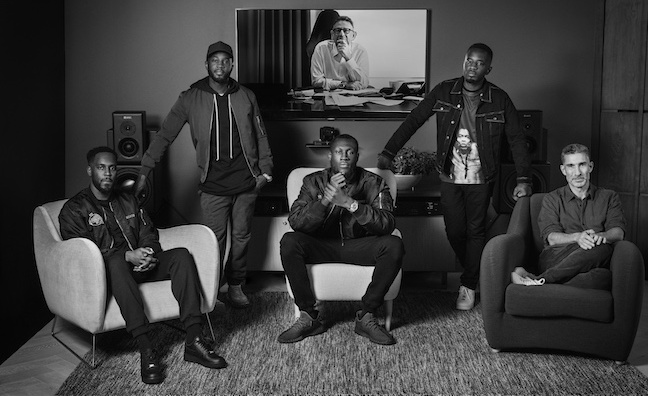 It follows the launch of the label by Alec Boateng, Stormzy’s former A&R at Atlantic Records.

As reported last week, 0207 Def Jam is a new Universal Music UK label established by the Boateng brothers, Alec and Alex. The brothers have been installed as co-presidents of the frontline label, which is the UK home of Def Jam Recordings.

No details have been revealed about the signing of Stormzy and his #Merky imprint, beyond a social media post from Universal Music UK: “A once in a generation artist. Welcome to the 0207 & Universal Music Family.”

UMG CEO Sir Lucian Grainge was present for the signing via video conferencing of Stormzy.

While there was no further comment from UMG, Stormzy's move to the market leader suggests his team are targeting greater global opportunities. A big international tour had been lined up last year before the pandemic. Warner Chappell, the rapper's publisher, is also confident about Stormzy's international reach.

There has been no comment from Warner Music Group, though the departure of one of its key artists alongside a label executive is a blow for the major and the Atlantic label. It is not yet clear if Stormzy has outstanding recording commitments to Atlantic.

The partnership with Atlantic has been a success, including the No.1 singles Vossi Bop and Own It with Burna Boy and Ed Sheeran. Take Me Back To London, a collaboration with Sheeran, also reached No.1.

Alec Boateng spoke to Music Week last year about the Stormzy album when Atlantic triumphed in the A&R category at the Music Week Awards.