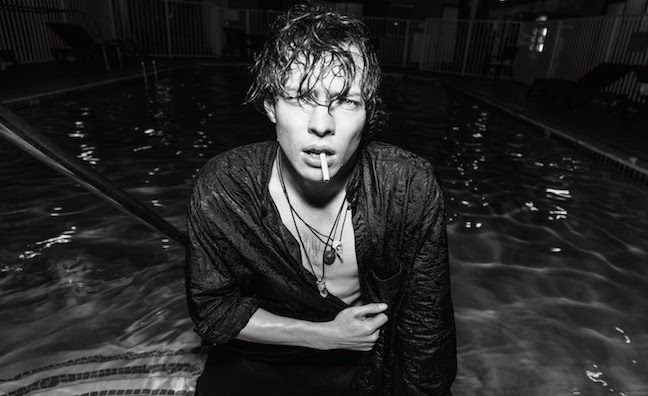 Barns Courtney, winner of the coveted Artist Of The Year trophy at the Sync Awards 2017, has described his success in the sector as “crazy”.

The singer, whose debut album The Attractions Of Youth was released via Virgin EMI in September, told Music Week the story behind tracks such as Glitter & Gold, which have won him placements across TV, advertising and film.

"Tracks like Glitter & Gold were recorded in my friend’s bedroom in a decommissioned old folks home in North London,” he said. “We made the drums out of an old filing cabinet in the hallway and the bass out of a detuned piano in the rec-room. It's crazy to see those tunes out in the wide world on TV and movie spots, and even crazier to win an award for them.”

Courtney went on to offer thanks to “everybody at Songs Publishing, Universal Globe and my management team for believing in me, and killing it from the word go."

Gerard Philips, GM, Songs Music Publishing, reflected on “an amazing year and a half for Barns,” and described his story as “ridiculous”.

Philips added: “Before releasing any singles we managed to get over 50 placements. Barns' music works so well to picture: exciting, positive lyrics and the music has a swagger to it that can move a picture along, be it something energetic like a car advert or something more tender, like a film trailer. He's had games, TV, three or four film trailers and lots of adverts, it's one of those things where it just took on a life of its own.”

He also described the win as “hugely significant” for an emerging artist. “Sync is a real avenue to break an artist in a world where it's harder and harder to do so,” he said.

Relive the best moments of the 2017 Sync Awards here, and catch up on all the winners – including a double for Universal – here.

Read an interview with Jamie N Commons, who scooped the Artist Of The Year award in 2016, here.