The best songs ever: Part 1 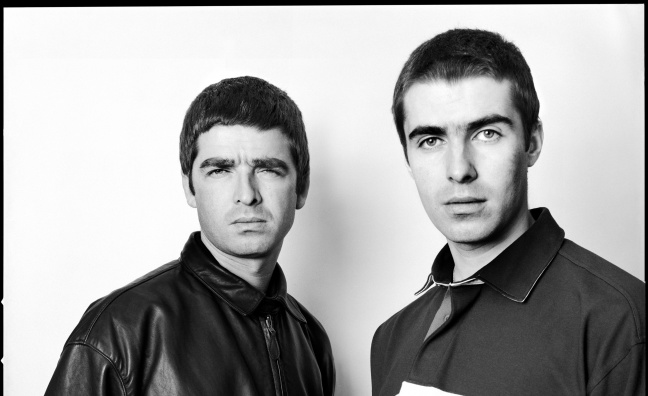 Ahead of the impending Ivor Novello Awards this week, Music Week got thinking about the immortal question: What is the best song ever written? Our staff have already answered the question, but we decided to put it to top names in the biz, too. Here’s what people had to say...

“Imagine by John Lennon. Like John, It's just the way I wish the world would be. Musically, it’s so easy to remember, much like a nursery rhyme. I have songs like that, like ‘When I Need You’, which is so easy to remember because it’s like a scale going up and down. When you write things with the kind of attitude of a scale they just stick in your mind. Combined with the lyrics it’s perfect.”

“It blows my mind lyrically and musically every time I listen to it.”

Miranda Lambert - The House That Built Me
Kelsea Ballerini (artist)

“It’s one of those songs that, no matter if you’re a dude, or a girl, young or old, whatever, you feel like you wrote that song. It came out when I moved from my hometown to Nashville, and I just remember going back to my hometown and driving past my old house and feeling like it was written for me. It’s one of those songs that kind of just talks about trying to grow up and find who you are, but not losing your roots or heart. Oh my goodness, that’s the best song ever. I haven’t covered it, I have a feeling if I did I would just cry the whole way through it.”

"It’s a very tough one but I’ll go with ’The Night’ by Frankie Valli and the Four Seasons – it’s got the right mix of uplift and melancholy running throughout and what a voice! I will never tire of listening to it. It’s also a good example of a song that should have been a huge hit when it was first released but the stars weren’t aligned so it came back for another shot in 1975 and won! Timeless."

"I'm a massive '90s indie fan so it would be something by Oasis probably - Champagne Supernova."

“Whenever I hear that song it takes me back to a time growing up in the mid west. My parents loved that song. My mum was a music teacher and she played music around the house all the time and she really loved that song. There’s something in the sound of his voice and the production…it’s like a Cormac McCarthy short story, I see this guy riding in this truck on the barren roads of the mi west and he just wants to go home. When a song can do that it’s a really special thing.”

“Crazy, recorded by Patsy Cline, and written by Willie Nelson. It’s simple lyrically but it is not simple musically. It’s just a simple emotion that we all have. The melody is just unbelievable. But what it’s saying is, I’m crazy for loving you. There’s something to that; we have all felt that way sometimes. Or multiple times, probably.”

“It’s a really positive song. It’s inspired a lot of aspects of my writing and he was also a political voice for black people.”

The Sex Pistols - Anarchy In The UK
Russell Mael (Sparks)

“It has so much anger and frustration but it’s also just an amazing pop song. And it has so much meaning behind it the a lot of Americans just wouldn’t have been aware of.”

“It’s very sad. It’s one of those I’ve known the words to since I was about three.”