The Official Top 40 biggest singles and albums of 2020 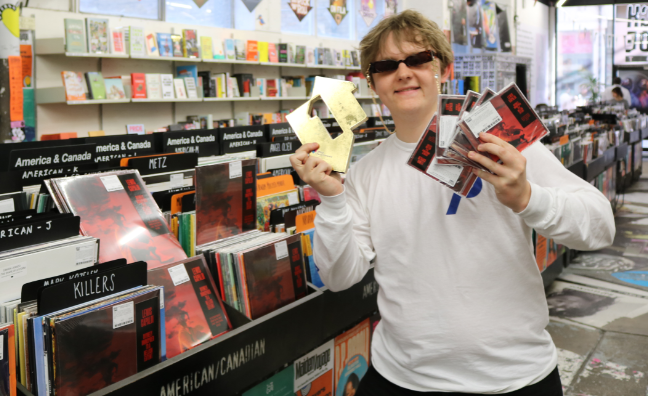 The Official Charts Company has released data revealing the Top 40 biggest singles and albums of the year so far.

The Weeknd claims the top spot for the biggest single of 2020 with hit Blinding Lights. The 2019 hit single was the singer’s first UK No.1 and spent a total of eight weeks on top. The Official Charts Company report it is now at 1.46 million sales comprising of 161 million streams and 160,000 downloads.

Tones and I’s Dance Monkey follows behind at No.2, Saint Jhn’s Roses at No.3, Dua Lipa’s Don’t Start Now at No.4 and Lewis Capaldi’s Before You Go at No.5.

Joel Corry bags the biggest new single release at No.10 with Lonely, which peaked at No.4 in April. He said to the Official Charts Company: “The response to Lonely has been incredible. I am so proud of the record and what it has achieved. If my music creates moments and memories for people, then I am happy.

“I want to say a huge congratulations to Harlee, who's amazing vocals and lyrics have connected with so many. I can't wait to see her smash it this year!”

Lewis Capaldi scores the biggest album of 2020 with Divinely Uninspired To A Hellish Extent. The record is now nearing 1 million sales after spending 10 weeks at No.1.

Stormzy’s Heavy Is The Head reaches No.2, Billie Eilish’s debut When We All Fall Asleep, Where Do We Go? hits at No.3, Harry Styles’s Fine Line is No.4, and Ed Sheeran’s 2019 record No.6 Collaborations Project is at No.5.

For albums released this year, Eminem holds the top spot with Music To Be Murdered By, with Dua Lipa’s Future Nostalgia moving closely behind.

In other news, the Official Charts Company report Future & Drake’s Life Is Good as the UK’s most-watched video this year with 29 million views.