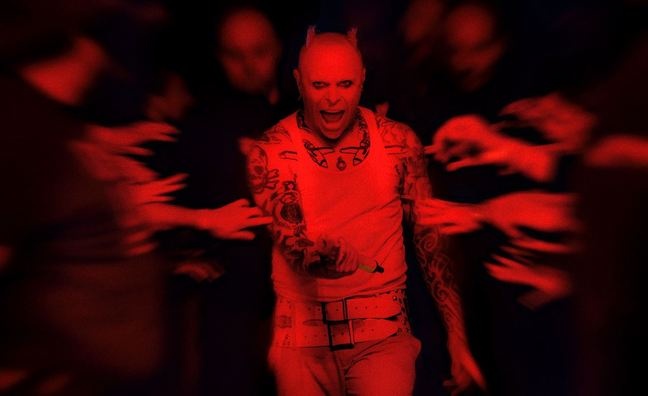 The Prodigy’s co-manager John Fairs has told Music Week that he and the band are “devastated” at the sudden death of Keith Flint.

There has been an outpouring of tributes from fellow musicians including The Chemical Brothers’ Ed Simons, Frank Turner and Kasabian, as well as industry figures such as former label boss Richard Russell at XL Recordings and Glastonbury organiser Emily Eavis.

Flint, the band’s vocalist and dancer, was found dead at his Essex home by emergency services on Monday (March 4). Liam Howlett wrote on Instagram that Flint had taken his own life.

“I cannot believe the tragedy of Keith's passing - to say I have been knocked sideways would be an understatement,” said Fairs, of JCF Management. “An immense waste of such an intelligent, charismatic talent whose shoes no one could ever fill, and moreover the loss of a dear friend.”

Fairs was credited by Flint for helping him kick a drug habit and reconnecting with Howlett a decade ago, when the band returned with the chart-topping Invaders Must Die album under a new deal with Cooking Vinyl. The band signed with BMG for their latest album.

An immense waste of such an intelligent, charismatic talent

“Keith was an original, a true maverick whose chaos and influence in The Prodigy helped the band reach iconic status and I am honoured to have been on that journey with him, Liam and Maxim,” said Fairs, who co-manages the band with Nick Halkes.

Just four months ago, The Prodigy secured their seventh consecutive No.1 album with No Tourists, a record for a dance act. They recently toured UK arenas and had dates lined up in the US.

The Prodigy’s website has gone dark with the message: “It is with deepest shock and sadness that we can confirm the death of our brother Keith Flint who sadly took his own life over the weekend. We thank you for respecting the privacy of all concerned at this time.”

“I know they are as devastated as I am, we are all, quite literally lost for words,” said Fairs. “His spirit will be forever with us.”

The Prodigy were recently rocked by the death of their former longtime manager, Mike Champion.