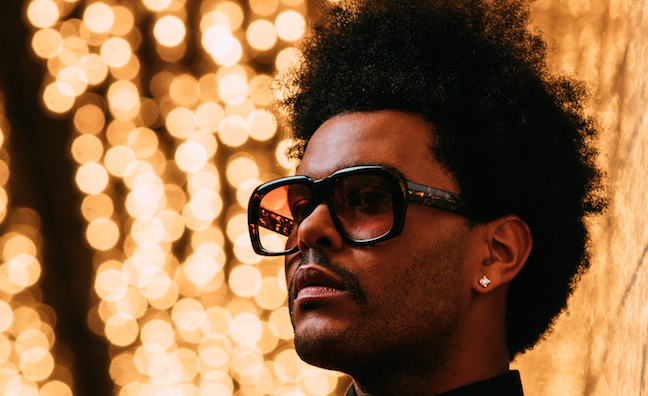 Island are hoping The Weeknd will consolidate his status a global pop icon with the release of his new album.

The Canadian artist, who began his career attracting cult appeal with a series of mixtapes posted online, is releasing his fourth album After Hours today (March 20).

Our latest issue – on sale now or available digitally to subscribers – contains interviews with the team behind The Weeknd's (real name Abel Tesfaye) new record.

Although the campaign build-up has been hit by disruption relating from the Covid-19 outbreak, the fact that latest single Blinding Lights has spent five weeks at No.1 means the label were optimistic the album would similarly top the charts. Blinding Lights has 541,498,036 plays on Spotify and more than 60m YouTube views.

Whatever the chart outcome caused by the current uncertainty, Island president Louis Bloom was clear that he believed they had one of the albums of the year on their hands already.

“True artistry always cuts through and Abel’s music and art has always been the zeitgeist musical moment of the year,” he told Music Week.

This is an era-defining moment

“This body of work is just that – an era-defining moment. This album firmly establishes The Weeknd as one of the world’s biggest, constantly evolving and most interesting superstars.”

Island's VP, marketing, Guillermo Ramos, said The Weeknd has always "captured the imagination", and suggested the campagin will be full of "big moments".

"They won't just be around launch, but over the course of the campaign," he said. "It's worth remembering that when we started, he put in the graft to build solid foundations, connections with media. He came over for his first shows at the Wilton's Music Hall. Now, he's a bona fide festival headliner. We're going to continue to set the standard really high for him and our ambitions are always going to reflect that."

Ramos said that, although streaming is "the heartland" for The Weeknd, physical will be important during this campaign, as will merchandise. "There's been a really important focus on the direct to consumer element," he explained.

"That comes with interesting physical formats for the album and what's probably the best and most impressive merch strategy that I've seen for a superstar artist. It's not just the music and then everything else, it's this interwoven tapestry around what The Weeknd is. One thing hasn't been at the expense of the other."

The Weeknd is scheduled to begin the After Hours tour in Canada in June, with the European leg due to call at London's O2 in October. Universal is currently set to run with the campgain as planned, with the record set to be one of its biggest this year.

"The show is all about the lights, and his charisma, he's magnetic. The Weeknd firmly puts the music at  the front of everything, he isn't known for all these peripheral stories or gossip. It's the music and the myth that does the talking," said Ramos.

"He's a true modern pop star because he's uncompromising in what his vision is for himself and for his music. He consistently delivers a visual language and environment where he exists that feels very unique to him, and that very few other artists would be even able to consider, let alone accomplish. As long as he keeps writing chrouses like he is, his star is just going to rise."