"Their work ethic will make them one of the biggest bands in the world": How Nothing More scooped three Grammy nominations 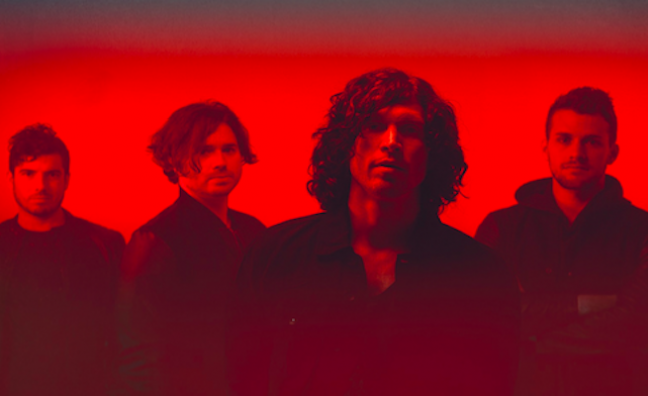 “I’d be lying if I didn’t say yes,” says Allen Kovac (CEO, Eleven Seven Label Group). This is his response when Music Week asks him whether rising rock band Nothing More’s three Grammy nominations – Best Rock Performance, Best Rock Song and Best Rock Album - came as a surprise to him. The nominations pit the Texan band against such heavyweights as Foo Fighters, Metallica and Avenged Sevenfold, as well as the late Chris Cornell and Leonard Cohen. The band released their fifth album, The Stories We Tell Ourselves, in September.

Ken Levitan, co-president, Vector Management, revealed how the band have, after years of graft, found themselves in the big leagues.

“Nothing More has worked tirelessly in creating music and live performances that continue to evolve,” says Levitan. “They have that never say die attitude. The music comes directly from their vision and has continued to grow bringing in elements of not only active rock but modern alternative rock and beyond.

“I think the fact that they are always challenging themselves musically coupled with their non-stop work ethic will make them one of the biggest bands in the world,” he adds. “The recent No.1’s, the fast growing fan-base, and the Grammy recognition shows they are on that path and makes them stand out as really special.”

Here, Eleven Seven’s Kovac takes us further inside the journey to the Grammys 2018…

What makes Nothing More stand out in the rock world in 2017?

Kovac: “When we signed Nothing More, we were thinking of starting a new label called Better Noise and we felt like they’d be a flagship for new rock. Not the same old music that has been going through the rock circles for over the last 15 years. And obviously from their lyrics to their production, you have a progressive element that’s leading, breaking down the barriers of rock, and music in general. I think they have the potential to go to any format they’d like, and that kind of talent. There are elements of EDM, elements of loops, elements that lean towards alternative. There is a very special song Just Say When which is just acoustic guitar, a couple of microphones and an emotional vocal. Johnny [Hawkins, singer] is an exceptional vocalist and there’s tremendous variety of music exploration [on this album] that you don’t find in this genre over the last 15 years.”

Talk us through the campaign so far that has led you here – what have been the stand out moments?

Kovac: “There hasn’t been a campaign. From the beginning there’s been the idea that the music could speak for itself when it came to the industry. We thought that their live shows indicated that this was one of the most vital bands of rock’s future. So initially we sent the music out and we got a bunch of quotes that were amazing. We took those quotes, put them together on a one-sheet and sent them out to everyone. Basically, it said ‘The whole world is talking about Nothing More’. What followed was continued success that needs to move from North America to Europe where folks are just catching on. These Grammy nominations should cut through the clutter of all the rock bands and bring this band the recognition that they deserve.”

There hasn’t been a campaign. From the beginning there’s been the idea that the music could speak for itself when it came to the industry

What have the nominations done for Nothing More so far – has interest noticeably increased in them?

Kovac: “Being the most nominated rock band, nominated for three categories, allows Nothing More to have three opportunities to let people know who they are. More importantly, just word of mouth. The idea that the nominations are announced and a band is nominated three times in mainstream media allows an audience way beyond rock to hear the name Nothing More and explore their music through streaming. It lets them unlock the door where rock bands are generally left in the world of rock magazines and rock radio. This affords them the opportunity to have a moment with mass media and television vis-a-vis the Grammys.”

How do you plan on capitalising on this – what are your plans for 2018 and beyond?

Kovac: “We have a song that I think is going to be the breakthrough for the band - Just Say When. Our plans are to move the band from self-contained touring where they've headlined their own tours to global special guests, appearances with arena bands. At the same time taking a very special song (Just Say When) and expanding Nothing More from the rock genre to alternative, indie, and pop. A record company is only a vessel for the creatives that make music. It’s these artists, their vision, that has garnered three nominations. There’s very little a record company has to do when they have great music. “

The ceremony will take place at New York’s Madison Square Garden on January 28. You can listen to Nothing More’s Grammy-nominated song Go To War below: