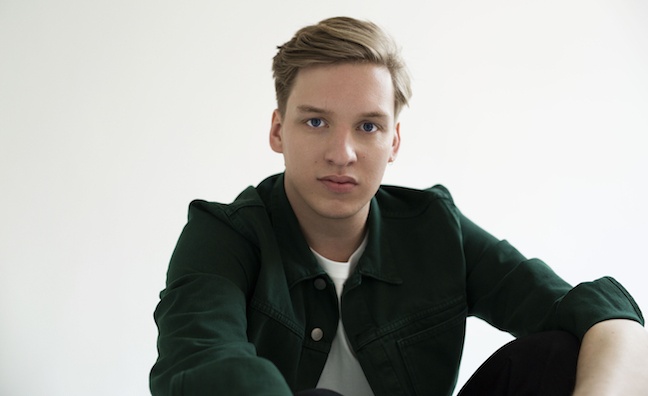 George Ezra is heading for his biggest hit since 2013 debut single Budapest peaked at No.3 back in July 2014. Paradise is taken from sophomore album Staying At Tamara’s, which is released on Friday (March 23).

The new single is at No.4 on the latest midweek chart update with sales up 38.8% week-on-week, according to the Official Charts Company. After eight weeks on the chart, the track has OCC sales of 104,574.

Speaking in the latest issue of Music Week, Ferdy Unger Hamilton, president, Columbia UK, said: “George has spent a lot of time on this record and it shows. There are several big radio hits on the album. Paradise is the perfect start and is proving to be incredibly reactive - and there is much more to come.”

The current single is currently at No.7 on the UK airplay chart thanks to strong support from BBC Radio 1 and Radio 2. Ezra performed the track on Ant & Dec’s Saturday Night Takeaway at the weekend (March 17). He launched the single with an appearance on BBC One's The Graham Norton Show.

“It’s been a phenomenal ride with Paradise – there aren’t many artists with guitars on their tracks who are having hit singles,” head of marketing Alex Eden-Smith told Music Week. “It’s showing real signs of life in an area which can feel like it’s centred on quite a narrow group of genres of music."

Don’t Matter Now, the first new material from the second album, was released last summer but stalled at No.66.