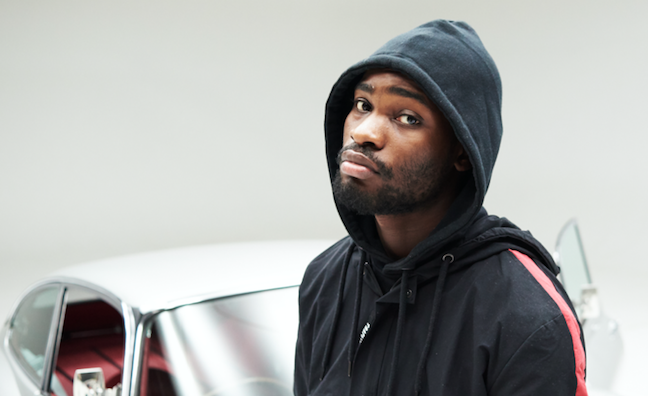 Last summer, Dave told Music Week that his debut album would be “something special, some of the best stuff I’ve ever done”.

The Streatham rapper was sitting in Fraser T Smith’s West London studio alongside Raye, another of Smith’s closest collaborators. Back then, he was still formulating the ideas that would turn Psychodrama into a streaming sensation.

On Friday, the album debuted at No.1 with 26,390 sales, 20,786 of which came from streaming. Dave is no stranger to the top of the charts, having scaled similar heights with single Funky Friday last year. Among his other achievements since starring on the cover of Music Week was the small matter of an Ivor Novello award. He also hit the Top 10 on Headie One’s 18Hunna single back in January.

No one knows the MC’s creative process like Fraser T Smith, the pair have been working together since 2016, when Dave emerged with debut EP Six Paths.

Here, in a brand new interview, Smith unravels the meaning behind Psychodrama and its success, and offers unique insight into Dave’s creative process.

What does Dave’s continued success mean for him and the team?

“Jack Foster and Ben Scarrs, who I’ve known for years, have set up their own label [Neighbourhood] and this is the first release. It’s a homegrown label that’s all about passion and culture. Good music wins at the end of the day. It’s soul, emotion and an artist that’s not afraid to talk about culture and colour, politics and emotions and how it is growing up as a 20-year-old in London, the good things and the not so good things. When you put your heart on your sleeve like that, to see if being rewarded in a commercial and critical way is the reason we all do what we do.”

Did Funky Friday hitting No.1 affect making the album?

“It just made us excited that there really was the platform to release the music and help it be heard. At the beginning of the process, like on the Six Paths EP [2016], you realise you’re still building the fanbase and the audience. It can sometimes be frustrating, when you know the tracks deserve a wider audience, but when you’re getting started that’s the challenge. When Funky Friday went to No.1, you think, ‘Wow, I can’t wait for people to hear the record’. Dave’s message can be spread to a wider audience.”

Does it feel good to be part of an album that’s a hit on streaming platforms?

“The thing people often say to me is, ‘You’re working on albums, but aren’t albums dead?’ I’m really so pleased that, in the same way as Stormzy’s Gang Signs & Prayer, people can listen to the album and the level of detail that goes into it. With track placement, I know it sounds like a flippant thing, but honestly it’s such a big thing, and getting the spoken word sections and the way songs run into each other… It’s so great that people are actually finding a reason to listen to the record from start to finish, it really makes more sense if you do.”

Dave could collaborate with Hans Zimmer, Thom Yorke or Jonny Greenwood, he's such an incredible musician

“What’s great is that you can take the album as a whole, but also tracks in isolation. Tracks such as Lesley, where Dave is talking about domestic abuse, they can reach the widest demographic, from young to very old, people that wouldn’t necessarily listen to rap. That’s a very cinematic track, which is more like a spoken word piece. As much as you’ve got bangers on the record, the breadth of it means it can travel into areas a rapper wouldn’t normally go into. When there’s such important subject matter on there, that’s really important.”

Where does Dave stand in the pantheon of UK rap?

“The No.1 is massive. We’re seeing Dave go into this real UK rap place where it’s maybe not so much about the sonic diversity, it’s more about the actual lyrics. It’s really interesting how albums [I’ve worked on] by Tinchy Strder, Kano, Stormzy and Dave have been so different but all struck a chord in their own way. I feel like the luckiest man alive to be working with Dave and the other artists I’ve worked with. Dave’s music is so heartfelt, genuine and authentic, it embodies everything that great artistry should. That it can reach the top levels of the charts is very emotional.”

What are Dave’s best qualities?

“He talks absolutely from the heart in a way that is poetic. Personally, I’ve never had a relationship, producer/artist or writer/artist that is as deep on a pure musical level. I’ve got footage of jam sessions for this record that lasted hours, stuff that isn’t even on the album, where we’re testing each other and going into slightly strange jazz or neo-classical places. It’s probably best left off the record if I’m being honest! But I’ve got footage of us just jamming for hours, that’s truly unique. I don’t know many producers and rappers that can say they spend that amount of time jamming. We’ve reached an incredible level, it’s very different. Dave is different; we’ll literally sit on two piano stools, sometimes him at one end of the keyboard and me on the other. It’s a pretty strange sight, but we’ll be jamming and jamming. That is so dear to me.”

What does the future hold for Dave?

“He’s like a sponge in that he takes so many influences from different areas. There’s been a transition from Six Paths, which is very classical and cinematic, through the Game Over EP and this album, which is more chromatic, with jazzier elements. His palette is so wide. He met with Hans Zimmer, maybe there’s something in the future where he collaborates with Hans on a film. I can imagine him getting in a room with a Thom Yorke or a Jonny Greenwood. There’s no limit, he’s such an incredible musician and has such appetite.”

Subscribers can revisit the full interview with Smith, Dave and Raye here.