'They're hungry to write songs that change the world': Parlophone's co-presidents on the return of Coldplay 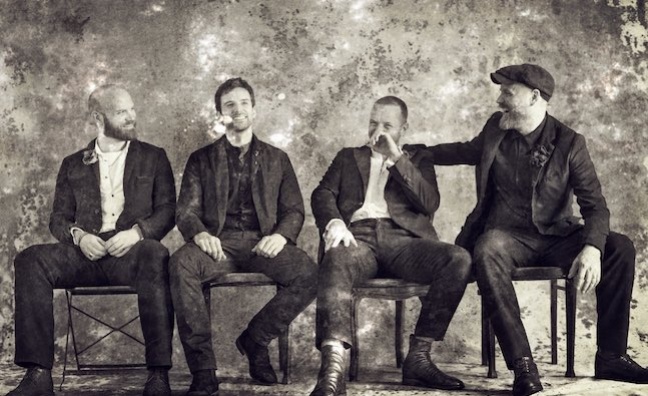 It’s a big day for the music industry with one of the biggest releases of the Q4 period. Coldplay are back with their eighth studio album, Everyday Life (Parlophone), their first record in four years.

The double album has already delivered an airplay No.1 with lead single Orphans. Just ahead of the November 22 release, the band dropped two new songs, Daddy and Champion Of The World, which credits the late Scott Hutchison of Frightened Rabbit. Singer Chris Martin has spoken about the influence of the song Los Angeles Be Kind by Hutchison’s solo project Owl John.

In the latest issue of Music Week, Parlophone co-presidents Mark Mitchell and Nick Burgess discuss the campaign. Coldplay have already made a splash with their viral classified ad, while the launch is being marked with two gigs in Jordan streamed live on YouTube.

Here, Mitchell and Burgess open up further about the influences on the album, the streaming reaction and the Q4 ambitions for the record…

What was the thinking behind the album launch gig in Jordan?

Mark Mitchell: “The record has been hugely influenced by music and instruments that are not the usual Coldplay instrumentation. For instance, Fela Kuti’s son [Femi] plays saxophone on one track. The Middle Eastern, North African feel has really come across on some tracks. I think it was also really important to the band that they had the opportunity to perform the record properly as a band together, which would be a lot of people’s first hearing of the music. Then when the album became very much a two-sided [concept] – sunrise and sunset – the idea of performing it in an open space with a Middle Eastern influence became too much to resist really.”

Coldplay have progressed sonically and evolved over the years, yet they have increased their audience…

Nick Burgess: “I think that comes from Chris’ unwavering desire to grow and always to keep building on what [Coldplay have achieved]. He never feels like he’s really satisfied with anything he’s ever done, and he’s one of those great artists – with the band – that just always wants to grow and never wants to stand still. They’re so hungry to write songs that change the world. I think that’s the main theme for this album, Chris and the band really wanted to write music that actually influenced the world and was influenced by the world. He wanted to make a song for the whole globe. It wasn’t just about the west or UK and America. Part of the reason for the launch in Jordan is that they wanted to make sure this record travels to every corner of the globe.”

They’ve had an airplay hit with lead single Orphans – is that typical of the album?

NB: “No, not really. I think the album in general is intentionally not a pop record, it’s a very musical, creative and unconventional album. Orphans is a song that wasn’t actually meant to be a pop song either, it just turned into one. It’s definitely not a pop record, but it’s still a song-driven record. It’s very much about songwriting and lyrics that have an emotional connection. It’s not an unconventional record in terms of style, it’s just not an obvious Coldplay record.”

Can you explain the band’s plan for a follow-up album?

MM: “There’s a desire to do another record to follow this up quite quickly. This record came about after a period where, following the A Head Full Of Dreams Tour, they took a year off. That was the first time they’ve really had that length of time apart as a band. So when they came together, the album came pretty quick. I imagine that there was a lot of ideas left off this record, which they are hungry to follow up as soon as possible.”

NB: “I don’t think they’re sister records. This record was just something very much that the band had to get out of their system, it was very much a personal record, it was something that they needed to put out for the world. The next album will be more of a straightforward Coldplay album, I think.”

It’s four years since their last album. Where do they fit in this new music streaming world, can they adapt to that?

NB: “Absolutely. Every act is just as good as the current music they’re putting out. The public are very open to whoever is putting out the best music at the moment. I don’t think they’re as concerned about the artist, as long as you’re putting out great, important music that connects and is emotionally relevant to them. Chris is as aware of that as anyone, that’s what makes him so special.”

Coldplay have a huge audience already on streaming for their catalogue. Can they build on that with this record?

MM: “Yeah, the record certainly wasn’t written with this in mind, but we have an album that differs greatly in styles across all its tracks. If you wanted to consider it in playlists, there are certain tracks that fit in a multitude of different mood playlists or situation playlists. There are the loudest guitars they’ve ever recorded on one track, and there are some of the most vulnerable, fragile moments the band have ever put to tape on others. If a band were to make records especially for differing styles of playlists, then this would be the one, but it obviously wasn’t made with that in mind. Regardless of where your audience consumes, if you have quality music we’re big believers that the audience will find it. Twenty years ago, it was just the accessibility of the music and where you could actually hear it that was the issue, whereas now with everything available it gives the opportunity for everyone to hear everything.”

NB: “The reaction from the DSPs has been incredible. It’s so broad for them, they know that they can fit it into all their different playlists – moods, feelings and different demographics. It’s such high-quality writing, it’s been been very heartwarming how well they have appreciated it.”

What are your hopes for the week one sale?

MM: “We hope people give the record a chance and actually listen to it, because we’re confident that if they do there will be really warm feeling about the record, that’s number one. Number two, in terms of positions, of course, we have the highest ambition globally for this record. We’re releasing it in a congested period, there’s definitely competition but we feel very confident. I would fully expect it to be one of the highest physical sellers at the end of the year.”

After the success of Orphans, can we expect more airplay and streaming success?

MM: “There are definitely future singles. We just started with two tracks, one [Orphans] which arguably was a traditional radio record and one [Arabesque] that shows the ambition and scope of the record. But there will certainly be more radio moments.”

NB: “There are a couple of classic Coldplay moments as well on the record, so it should appeal to everyone.”