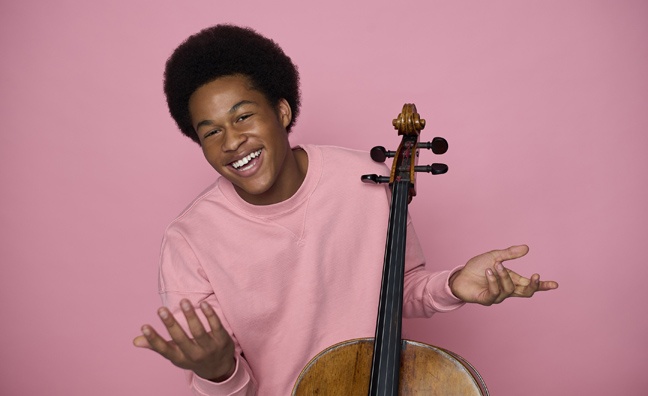 The teenage cellist was one of just two UK artists who released debuts so far this year to make the Top 200 sellers for Q1. Music Week’s analysis of the sales figures started a debate about how to measure the success of new talent, though significantly more debut albums did make an impact in the first three months of 2017.

Kanneh-Mason’s classical crossover album Inspiration, which peaked at No.18 and No.1 in the classical chart, has sold 11,943 copies to date, according to the Official Charts Company. Calum Scott was the only debut UK artist to sell more in Q1.

“Sheku is a cool classical artist and an exceptional young talent,” Allen told Music Week. “He’s just at the beginning of this career. We’re absolutely in the Sheku business and we’d like to partner with him for a very long time.”

While classical music has some progress to make on streaming platforms, Kanneh-Mason has reached that audience with his version of No Woman, No Cry. According to OCC data, the track has 300,032 audio streams - modest compared to pop acts, but impressive for a classical artist.

Sheku is a cool classical artist and an exceptional young talent. He’s just at the beginning of this career

“He covered the Bob Marley song, which was a huge moment for him, because the Bob Marley family also embraced his version of it,” said Allen. “This is about the streaming world. Great music can cut through, his arrangement was so incredible and it was an amazing piece of visual content. I think that other young kids actually respond to him, and he’s in no way a typical classical musician. He’s inspiring other young people to listen to classical music. He’s a cool kid.”

The former BBC Young Musician Of The Year is the only winner of the prize to chart with a debut release. Allen said Kanneh-Mason is a strong ambassador for classical music, which is increasing its profile with the return of the Classic BRITs this year.

“He’s really fighting the battle for music in education, this is something that he feels so passionately about,” she said. “We have a massive job to do to encourage young people to take up music and to take up the arts in school. Sheku is really at the forefront of that. He’s someone who came from a state school education, he’s one of the most exciting classical artists that our industry has at the moment.”

Allen added: “We’re going to keep going, this is just the beginning. This kid just started at university, he’s in his first year at the Royal Academy of Music. That for me as a label boss is absolutely thrilling to think that we are just at the beginning of someone else’s career, and where it could go. We’re in the long game with Sheku, that’s for sure.”