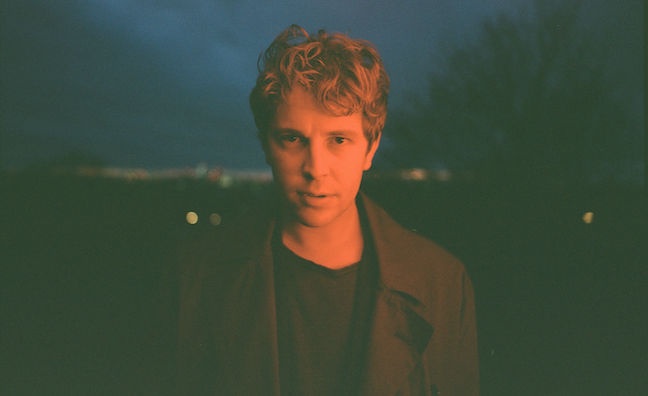 Another Love is also up for a Music Week Award in the Sync Of The Year category for the track's placement in a Marie Curie advert.

Here, the Columbia-signed singer talks mental health, the impact of streaming and the role of TikTok for artists...

You have said that Monsters emerged from when you were in a dark place dealing with anxiety. How much has the industry impacted your mental health?

“I don’t know. I think it’s probably more my work allows my anxiety to manifest itself. My work allows me to work long hours, and with songwriting particularly I become quite obsessive. Overworking is a massive contributor to my anxiety. Since I met my girlfriend, she’s really forced me to have some balance and I feel a lot better for it.”

Did you find you had the support you needed from the business?

“I’m lucky I’ve such wonderful management. My manager, Sam [Eldridge, UROK], has managed me for 10 years now and was incredibly supportive. But do I think that the music industry’s got a hell of a lot of work to do to support people with their mental health? 100%! Unequivocally. But my experience was positive, and my management were incredibly supportive.”

Did making the record help?

“I don’t think it helped at all! It was quite painful to make. But it’s all I know how to do really. I think most songwriters start because they find that they can communicate better with the world, or with more clarity, through songwriting than they can through everyday conversation. I feel like the same applies here. I feel emboldened by it. It’s amazing, once you turn around and face your demons, the fear goes.”

It’s amazing, once you turn around and face your demons, the fear goes

You are tackling some quite serious topics on this record, such as toxic masculinity, did that come from this confidence?

“I’d say that’s right. I really tried to unshackle myself from what I thought I should write about, to what I was actually feeling. What was also inspiring was what’s going on with streaming. It reminds me of when I started illegally downloading music when I was 14. I used to get thousands of songs from all these genres and I point to that as a moment that was really important to me as a songwriter – and I feel the same way about streaming now.

"I’m so obsessed with what streaming is doing to popular music and the fact that Rosalía and Billie Eilish put out Lo Vas A Olvidar and it’s considered pop music. We’re living in such an incredibly wonderful time, that pop music can be that eclectic. It’s like a renaissance.”

“TikTok is incredible! I don’t know why any musician would not be on TikTok. It’s fascinating what it’s doing to songs and how it’s changing the relationship between artists and their audience.”