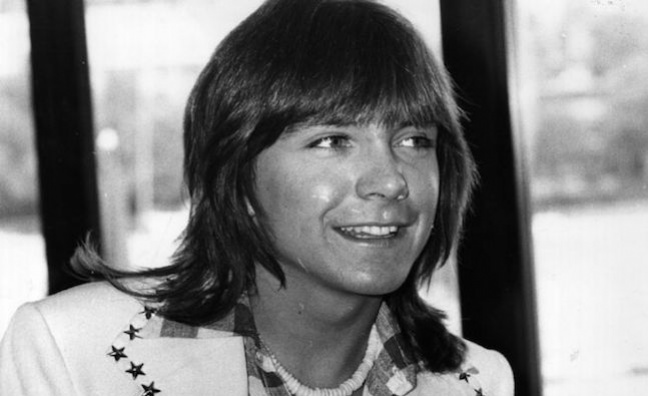 Tributes have been paid to former ‘70s teen idol David Cassidy, who has died aged 67.

The singer and actor, who shot to fame when he starred in musical-sitcom The Partridge Family, was admitted to hospital last week after suffering organ failure.

Cassidy had already disclosed he was suffering from dementia and would stop touring.

"David died surrounded by those he loved, with joy in his heart and free from the pain that had gripped him for so long," a family statement said.

The Partridge Family spawned hits including I Think I Love You. Cassidy went on to enjoy a music and acting career and sold more than 30 million records. He topped the UK singles chart with How Can I Be Sure in 1972.

I’m very sad to hear about David Cassidy. There were times in the mid-1970s when he would come over to my house and we even started writing a song together. He was a very talented and nice person. Love & Mercy to David and his family.

so sad to hear of the passing of david cassidy... he was always so kind to me - such a pleasure to have had him on my show... sending love and prayers to his family... R.I.P. friend ?? pic.twitter.com/tsFkNiJzFc