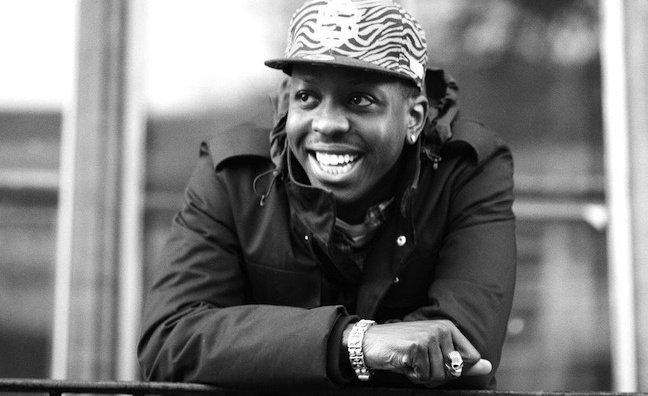 Tributes have been paid to online music pioneer and UK rap champion Jamal Edwards, who has died aged just 31.

As the founder of SBTV, Jamal Edwards played a huge role in the rise of UK rap stars including Dave, Stormzy, Headie One, JME, J Hus, Lady Leshurr, Nines, Krept & Konan and Skepta, as well as artists outside of the genre including Ed Sheeran, Emeli Sande and Jessie J.

Edwards had attended the BRIT Awards earlier this month and it is reported that he played a DJ set in London on Saturday night. He passed away on Sunday morning. No further details have been given.

“It is with the deepest heartache that I confirm that my beautiful son Jamal Edwards passed away yesterday morning after a sudden illness,” wrote his mother, Brenda Edwards, a singer and TV presenter who appears on ITV’s Loose Women. “Myself, his sister Tanisha and the rest of his family and friends are completely devastated. He was the centre of our world.”

“Jamal was an inspiration to myself and so many,” she added. “Our love for him lives on, his legacy lives on. Long live Jamal Edwards MBE, MBA, PhD.”

Luton-born Edwards was still at school when he launched SBTV, aged just 15. The pioneering online entrepreneur was awarded an MBE aged 23 for services to music in 2014. He also became an ambassador for the Prince's Trust, helped to raise awareness for mental health and funded youth centres via the JE Delve initiative.

Self Belief: The Vision: How to Be A Success On Your Own Terms, combining memoir and business acumen, was published in 2013.

Jamal Edwards was a familiar figure across the music industry, thanks to his long-term support for artists. SBTV launched at a time when rising rap stars were often unable to perform live due to the Met Police’s form 696 risk assessment system.

Frustrated at the lack of exposure for UK rap, he launched SBTV in late 2006 and uploaded the first video to YouTube on a £20 phone. Based in Acton, West London, he filmed performances, continued to post them on YouTube and built a growing audience. SBTV was named after his own rap moniker, SmokeyBarz.

The platform went on to become a game-changer for the scene. The SBTV YouTube channel now has 1.2m subscribers. Its biggest hits include the Yxng Bane remix of Ed Sheeran’s Shape Of You (21m views), Nines’ Can’t Blame Me (21m) and J Hus feat. DoccyDocs with Lean & Bop (15m).

Jamal Edwards appeared on the cover of Music Week to celebrate the 10th anniversary of SBTV in 2017.

Driven by the viral F64 series - where MCs were filmed spitting an original 64-bar rhyme - and its spin-off A64, Edwards and SBTV helped break a raft of artists from Sheeran and Emeli Sandé, to Wiley, JME, Skepta, J Hus and Dave.

Edwards was the face of young entrepreneurship, and he also created and starred in a Google Chrome ad, appearing on magazine covers including Time and Wired. He briefly worked with Sony Music on a Just Jam label project.

“Back in the day there weren’t as many platforms as there are now, so people are getting their shots on other platforms, but we still have the power,” Edwards told Music Week in 2017 for his cover feature. "We’ve done Dave, J Hus, Nadia Rose and Mist recently. I always class it as symbiotic, they’ve got the talent, we’ve got the platform. Our audience is a bit different, varied, so that’s why we can still help artists, even if they’ve been on other platforms."

“A&R is the most important thing,” he added. “The other part of it is helping to build creative teams. When Ed Sheeran did his first videos with us he used to joke because we were the platform where it was predominantly grime and rap, and when I put him on there he blew up.

“Nowadays, there are other platforms and artists are using their channels as platforms, like Stormzy and Lady Leshurr. That’s how the game has changed. It inspires me to think, ‘What else can I do, how can I help?'"

When Jamal Edwards appeared on the cover of Music Week, execs including ParrisO’Loughlin-Hoste, DJ Semtex and Zeon Richards spoke about his incredible abilities as a young music executive.

“Jamal Edwards is a pioneer and entrepreneur, but first and foremost he is a fan of good music, which is the core strength of the brand he has built,” DJ Semtex, director, artist development, Sony Music UK told us in 2017. “SBTV has always embraced creative individuality and taken chances with artists that other channels wouldn’t.”

Edwards maintained friendships with the artists whose careers he helped to launch, including Ed Sheeran, who filmed an acoustic A64 session in February 2010. He recently urged Ed Sheeran to collaborate with Nigerian artist Fireboy DML, an artist discovered by Edwards. The single Peru has since gone on to become a huge hit, peaking at No.2.

Tributes to Jamal Edwards are flooding in from artists and other figures paying respects to his ambition and achievements. Music Week has rounded up some of the social media tributes below.

We are deeply saddened to learn of Jamal Edwards passing. As the founder of @SBTVonline, his groundbreaking work & legacy in British music and culture will live on ?????????????????????

Our hearts and thoughts are with his friends and family. pic.twitter.com/IQPcpkBG8w

Thank you for everything?????????? words can’t explain pic.twitter.com/24zqPJoW5X

I think I can speak for us all as artists and as supporters of uk grime/rap scene when I say I owe this man so much! Helped me sometimes without even speaking of it. RIP Jamal Edwards???? my guy man!!! Can’t believe I’m tweeting this. Legend. I love ya.

After the devastating death of Jamal, our thoughts are with Brenda today. She’s sent us this message: pic.twitter.com/EZWH3b5tcX

A truly humble and blessed soul. Your legacy will live on for years & you’ve inspired a whole generation. Rest easy Jamal Edwards ??

1/2 Today I was on set when I found out the tragic news that my good friend Jamal Edwards had passed away and I’m honestly heartbroken. Jamal was one of the nicest, most down to earth and humble men I’ve met in this industry. He always gave me time even when no one else would. pic.twitter.com/0ILKrIXtxH

British music and entertainment has lost one of its brightest stars. My thoughts are with Jamal’s loved ones at this terribly sad time. https://t.co/Rrf8v9Tkgu

We're deeply saddened to learn of the passing of Jamal Edwards. An inspiration to many, we're honoured that he was part of our Chelsea family.

Our thoughts are with everyone who knew and loved him. ???? pic.twitter.com/QbVOf6RU6Z

RIP Jamal Edwards. Giving God thanks that you did what he sent you to do ?? So many of us owe our careers to you bro. Thank you for everything pic.twitter.com/ZXkz1dqJvB

Here is a man who saved all of our lives whether you were watching his vids or an artist he gave opportunity.

To think how many dreams were fulfilled and how much potential was discovered because of your platform and work.

The impact SBTV had on the UK’s music scene and British culture is immeasurable.

???? Rest in peace, Jamal Edwards. My thoughts are with everyone who knew and loved him. pic.twitter.com/OS8CmxqbjH

We are shocked and deeply saddened to hear that Jamal Edwards has passed away, aged 31.

The whole 1Xtra family send their love to his family and friends ??https://t.co/6qofZlWDmT

Never thought I’d be typing this one here… R.I.P @jamaledwards. True UK music legend. Been a real one since we connected back in ‘08, when I had to sneak you into my grime rave to film cos you were only 17… You changed the game big time! Rest easy, my brother ????????????

Shocked and deeply saddened to hear the tragic news of Jamal Edwards’ untimely passing. Jamal was one of the most generous, inspirational and genuine people. He helped so many and has been a huge force for good in music and culture. Thoughts and love to his family and friends. pic.twitter.com/Saa7k0uOUf

Jamal Edwards was a one of a kind. A trailblazer, a pioneer, a beacon, a genius. Sending love and prayers to his family. He will truly be missed.

Jamal Edwards was such a generous and inspiring person. Always gracious, he was a true pioneer. To have lived in a time…

The things Jamal Edwards achieved at such a young age for the music scene are truly incredible and he will always be remembered for that and the music industry owe him so much, so so devastating ????

Hard to believe I’m even typing this…
Rest in power Jamal Edwards. He did so much for so many people in such a short space of time. Another young legend gone way to soon ???????? pic.twitter.com/vM4geUbLQL

RIP Jamal Edwards ???????? You gave the UK music scene a voice & a place for young talent to thrive, you will always be remembered as a legend ????

It’s mad cause I hit Jamal on snapchat for an opportunity he didn’t know me I wasn’t the most popping but he grabbed his camera told me link him in central and got the job done. He knew hows important it was for me to spread my message. No other like him. Inspiration for the rest

Small Green Shoots is sad to lose such a great person, inspiration and integral part of the UK culture. His legacy will live on in the work he did and the young people he inspired.

RIP to the legend Jamal Edwards and our thoughts and condolences to his family and friends. pic.twitter.com/Agvvy5cmen

Jamal was a pioneer and a champion of many artists who have since been recognised at The BRIT Awards over the years, and inspired and worked with so many more, including members of The BRITs team, the BPI’s Equity and Justice Advisory Group, and the wider music community. pic.twitter.com/xRFoZVBCwh

We are deeply saddened to hear of the passing of Jamal Edwards, an incredible inspiration. His dedication and contributions to the industry have changed the lives of so many. Sending love and condolences to Jamal's family and friends. pic.twitter.com/YwgQ85Jjwk