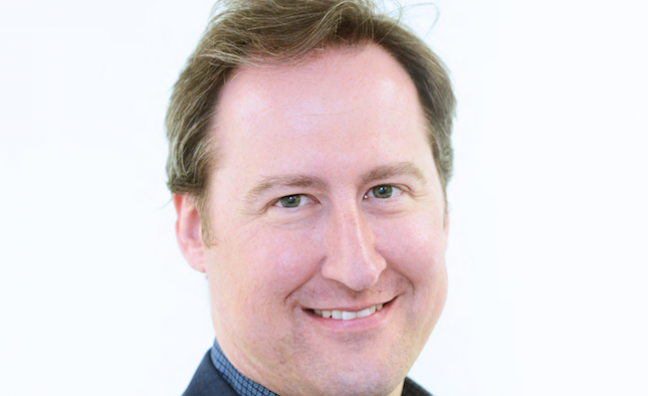 Kiehl has stepped up from his role as deputy CEO to become the interim head of the organisation, during the process to recruit a replacement for Dugher.

He will brief Brabin on the key concerns of the music industry, which contributes £5.2 billion to the UK economy and employs 190,000 people.

Key Brexit issues include securing the core principles of the Copyright Directive within UK copyright law, following confirmation that the EU legislation will now not be implemented by the government. UK Music also wants to ensure that the government secures a future trade agreement with the EU to support overseas tours and the continued issues facing music in education and UK’s talent pipeline.

Kiehl said: “Tracy Brabin has a unique background in the creative industries and I’m delighted that she has agreed to visit UK Music to listen to the concerns of the industry at such an important time following our departure from the EU.

“I’m sure it will be an invaluable opportunity for our members to set out concerns to the Shadow Culture Secretary, as well as for Tracy as she looks to shape Labour’s future policy on the creative industries and how our world leading £5.2 billion music industry can contribute to this.”

Brabin said: “The music industry in the UK is a runaway success story and I’m so looking forward to sitting down with UK Music and other experts to learn more.

“We cannot hide away from the fact that there are challenges and uncertainty, not least through the Brexit process, and I’m looking forward to finding solutions.”

Brabin replaced Tom Watson, who stepped down as an MP at the last general election.

The MP has worked with UK Music in the past on the #SelfieLeave campaign with MPG Executive Director Olga FitzRoy. Brabin’s parliamentary bill would have updated the shared parental leave and pay rules to include self-employed parents.

Kiehl has been with UK Music for over seven years, working as director of public affairs under former CEO Jo Dipple before being promoted to deputy CEO.

He has been involved in campaigns including the private copying judicial review, #LetItBeeb in support of BBC Music services, law and policy reforms, support for struggling music venues and the #LoveMusic initiative to back the Copyright Directive.

Prior to joining UK Music, Kiehl worked in the Houses of Parliament for 11 years in a variety of advisory, research and party management roles, including within the Coalition Government until 2012. Whilst in Parliament he created what became the Live Music Act, which deregulated live music performance from local authority entertainment licensing for certain performances in England and Wales.