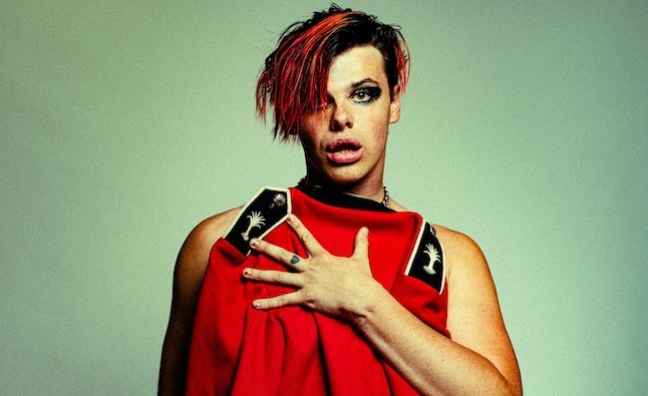 Yungblud, who is signed to Locomotion Recordings, Interscope Records and Polydor, is known for speaking out on issues including gender politics, mental health and sexuality. His BBC Sounds podcast has been a ratings hit.

His new film, Mars, is based on the story of a young fan he met on tour.

Yungblud describes the film as an "uncensored, unfiltered portrayal of youth. It revels in the fragile beauty of it, flirts with the pain of it and most importantly the undeniable, glimmering hope of it. It presents a generational shift towards acceptance of one’s self and others, and ever growing confidence in our own insecurities.”

The film is a collaboration with award-winning playwright Chris Bush. It is directed by Abel Rubinstein, and produced by Yungblud, Cat Marshall, and Stefan Demetriou.

The short film is targeted for release in spring 2022 and will be distributed by Mercury Studios.

Alice Webb, CEO of Mercury Studios, said: “Mercury Studios is a place for artists to experiment and express themselves – pushing boundaries and telling new stories.  That’s why I’m immensely proud we’re doing this project with Yungblud. His creativity and empathy is the driving force behind Mars. By bringing this important story to the screen, he is giving a voice to young adults everywhere who are wrestling with the pressures of being themselves in a world that too often tries to define that for us.”