Ward Thomas tipped for international success after UK No.1 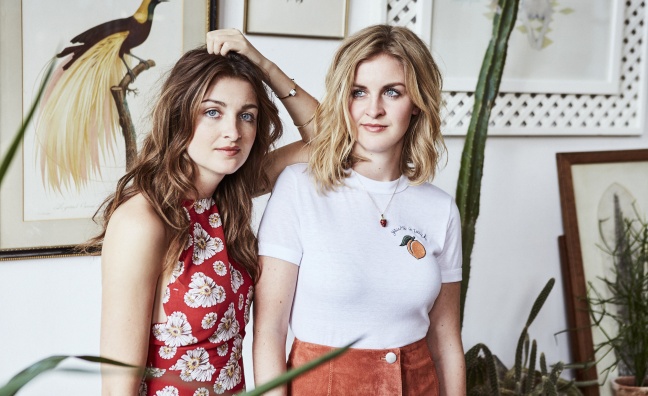 First-week sales of 12,127 saw the duo’s second album Cartwheels top the charts. It dipped to No.5 in Friday’s chart, but sold a further 9,153 copies, according to Official Charts Company data.

Cauwood told Music Week he was “ecstatic” about their accomplishments. “A No.1 album is always exciting, but to add a bit of UK history to it all, really meant a lot,” he said.

“The whole team has been living and breathing Ward Thomas for the last few months so, for everyone, it was a very proud moment.

“They certainly have potential to be [breakthrough artists] and we hope that they will be. It would also be great if the genre saw more acts come through in the charts as well.

Country music has a much younger following than many people think and as that is embraced, we hope more country acts, particularly home-grown, will break through.”

He said the sisters’ wide appeal has helped them connect with the record-buying public. “Being 22-year-old twins, they have written and recorded a country pop album that reflects where they are now, but the songs have a connection to all ages and a sound that is rare at the moment in the UK,” he said.

“The historic No.1 has certainly opened some doors. This year the UK and Ireland is the focus, but we are very hopeful they’ll be a big international story next year, for sure.”