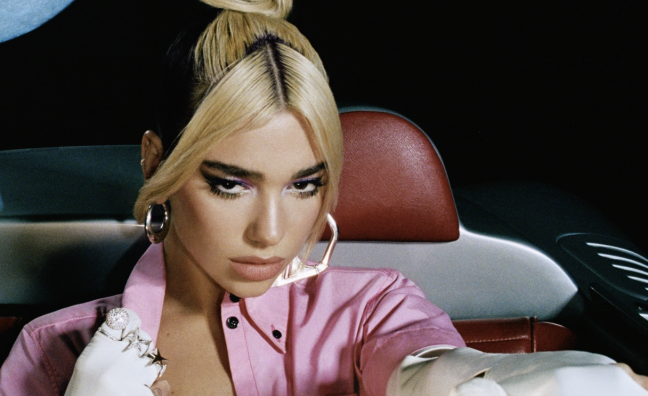 Q2 might have seen some of the biggest upheavals in music consumption in the history of the music business. But it also produced one clear winner: Dua Lipa.

Lipa has long been one of Warner Music’s new superstars, of course. But the performance of second album Future Nostalgia (Warner Records) at a time when most big names were fighting shy of releasing music has underlined her status as one of music’s biggest names full stop.

Future Nostalgia was the biggest-selling album of Q2 and the only record of any type to top 100,000 sales for the period. It moved 133,314 copies in Q2, according to the Official Charts Company, almost 35,000 units ahead of her nearest challenger, Lewis Capaldi’s Divinely Uninspired To A Hellish Extent (EMI).

And all that came despite the challenges of issuing such a high-profile album at the peak of coronavirus restrictions.

“So much work had gone into the project – the plot was in place and the key moments in the physical timeline were luckily not affected by lockdown,” Derek Allen, SVP, commercial for Warner Music UK, told Music Week. “Had lockdown happened earlier or had the album’s release date been a few weeks later the decision might have been more difficult. But the album and tracks performance clearly indicates that it was the right choice to proceed as planned.”

“Dua’s success can’t be ignored,” said Allen. “But Warner’s market share gains can be attributed to many individual successes. Liam Gallagher, Fleetwood Mac, Simba, Joel Corry, Tones And I, to name a few, are all coming together and contributing to the company’s overall growth.”

Future Nostalgia was the No.7 biggest-selling album of the year at the halfway stage and execs will expect the album to keep selling until the end of the year. Lipa’s manager Ben Mawson of Tap Music recently told Music Week he hopes to get Madonna to collaborate with Lipa on a song.

* To read our recent Dua Lipa interview, click here. For our full Q2 analysis see the current issue of Music Week, available now, or click here. To make sure you can access Music Week wherever you are, sign up to our digital issue by clicking here.