'We're on fire!': Shakespears Sister on their big comeback 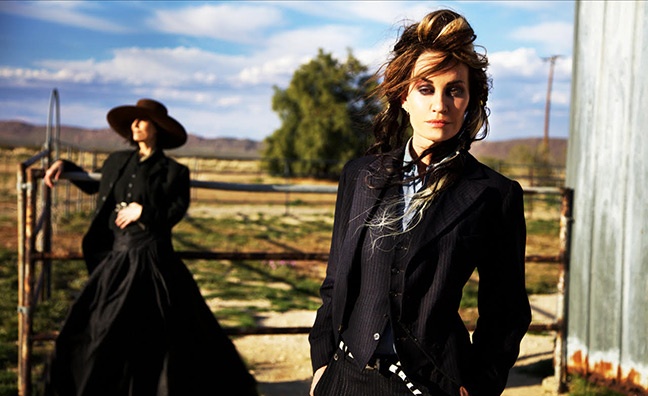 As well as gigantic late ‘80s/early ‘90s hits such as Stay and You’re History, the album features two brand new tracks, including recent single All The Queen’s Horses. The songs emerged from founder members Siobhan Fahey and Marcella Detroit’s initial sessions after they buried the hatchet, 26 years after an acrimonious (and very public) split at the Ivor Novello Awards.

But Fahey and Detroit have told Music Week that the reunion is definitely not just for nostalgic reasons.

“When we laid to rest our differences, met up a few times and started to kick around the idea of possibly working together again, we decided that we definitely didn’t want to do back to the ‘80s/early ‘90s retro circuit stuff,” said Fahey. “That was not an inspiring thing to do creatively. We went out to the desert, just the two of us for five days, not knowing if the magic was still there or what we’d come up with. But it was a magical, symbiotic experience and we just knocked two fantastic new songs out of the park.”

The duo, managed by Fascination’s Peter Loraine, are now planning to release a new EP of original material later this year, and will play their first tour in decades, kicking off on Halloween at Nottingham Royal Concert Hall and taking in the London Palladium on Bonfire Night.

“I’m so excited about our new chapter as writers and Shakespears Sister,” said Fahey. “I love the new music we’re creating together, so I really want the world to hear it. We’re on fire. There are two songs on the EP that, every time I listen to them, they make me cry. We’ve written songs that make me cry! I feel like I’ve finally got there as the writer and artist that I always dreamt of being.”

The return has seen their monthly Spotify listeners climb by almost 90,000 to 221,358, with the band released on the also-reassembled London Records, although the pair admitted they were struggling to comprehend the new streaming economy.

“I went for a meeting with Spotify a few years ago,” said Detroit. “A bunch of artists were invited to ask them to explain how we actually get paid and what they said was vague. ‘We collect all this money, it comes into a pool, we disperse it to the record companies and they are responsible for giving it to the artists…’ Well, wait a minute, how do we know what we’re getting? They couldn’t really give a proper answer...”

“Everyone expects everything for nothing these days, including art,” added Fahey. “I miss the days in the ‘70s when we didn’t have so much. You had to save up for weeks to buy a single. Things were more precious then. The horrible mountain of disposable bullshit, it’s devalued everything.”

Consequently, Fahey said they’d be judging the success of the reunion by other metrics.

“For me, the success is that, creatively, I feel so full at the moment, so proud,” she said. “My cup runneth over. That’s your greatest hope for it, then you want people to hear it. Because if people don’t hear it, we don’t get to play more than 15 dates. We want to get back on stage again and we need an audience to do that!”