What does the UK's withdrawal from Creative Europe mean for the music business? 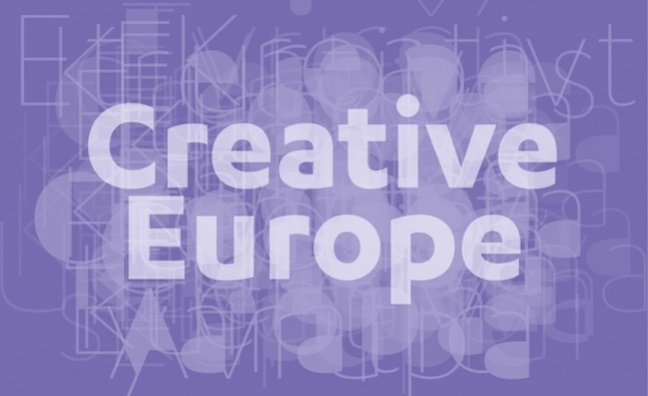 Creative Europe has supported thousands of professionals and organisations in film, TV, games, publishing, music, heritage and the performing and visual arts.

Following the publication of the government’s EU negotiation mandate, it’s emerged that the UK will not be seeking to take part in Creative Europe when the next programme launches in January 2021.

Since Music Moves Europe launched in 2015, more than 90 music projects have received funding under the current Creative Europe programme (culture strand), with an approximate total budget of €57m (£49.5m).

In its proposal for the new Creative Europe programme after 2020, the European Commission introduced a sector-specific approach on music that would promote diversity, creativity and innovation, in particular the distribution of musical repertoire in Europe and beyond.

As things stand, the UK will no longer have access to the programme, although the full picture may become clearer following any EU trade deal. As well as the loss of funding, the non-participation in Creative Europe could be a blow to the international visibility and connections that artists and labels establish through programmes.

Despite Brexit having now happened, IMPALA executive chair Helen Smith has pointed out that the UK still had the option to participate in European music programmes

Caroline Norbury, CEO of the Creative Industries Federation and Creative England, said: “Creative Europe has not only been a huge contributor to the UK independent film sector, it has been an integral part of the success of the UK's £111.7bn creative industries, providing vital access to finance, markets, skills development and employment. The programme has also been instrumental in ensuring the international artistic collaborations that keep our creative industries world-leading, enhancing our lives at home whilst growing the UK’s soft power abroad.

“As the UK approaches this critical juncture, it is vital that we continue to prosper as a global leader in creativity and creative enterprise. We call on government to ensure that equivalent, replacement funding and support is committed as a matter of urgency.”