Who will win the Mercury Prize? Music Week looks at 2018's runners and riders 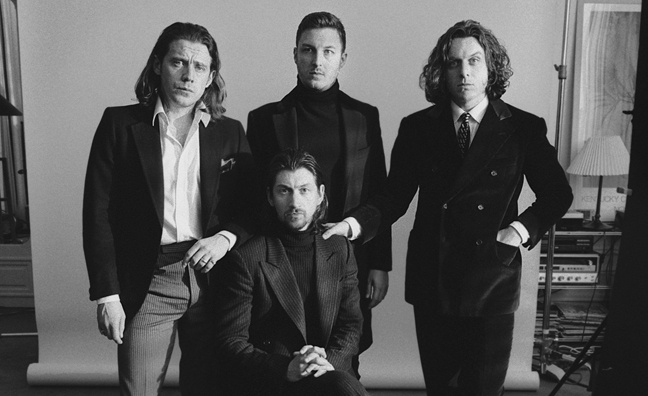 The 12 shortlisted albums for the Hyundai Mercury Prize 2018 will be revealed on Thursday (July 26), and the Monkeys’ sixth album, Tranquillity Base Hotel & Casino, is right up there among the early favourites. Turner’s band won the prize for 2006 debut Whatever People Say I Am, That’s What I’m Not, and were nominated for Favourite Worst Nightmare in 2007 and AM in 2013.

And if an indulgent, piano-led curveball of a record, complete with elaborate artwork and a fantastical lunar concept isn’t Mercury catnip, then what is? Perhaps the band’s Domino stablemates Superorganism, whose wonky pop debut dropped in January? Also on Domino, Hookworms’ Microshift could be in with a chance.

How about the scruffy, Theresa May-baiting squall of favourites Shame and their Songs Of Praise debut on Dead Oceans? Or, the excellent but notably less controversial indie debuts by The Orielles and Boy Azooga? Goat Girl and Baxter Dury will surely have Rough Trade feeling hopeful, too. Shopping and Dream Wife also made excellent records that deserve an opportunity.

How about the scruffy, Theresa May-baiting squall of favourites Shame?

Cogitating over the runners and riders for this year’s prize, one is moved to perhaps think that the heavy hitters or headline makers of 2017 – when Stormzy, J Hus and Loyle Carner led the charge for UK rap and Ed Sheeran surprisingly popped up on the list – may not be replicated this year.

That said, it feels like there could be a path towards Mercury success for acts such as Let’s Eat Grandma and Sophie, who both released fluorescent LPs with a unique take on pop on Transgressive. LUMP, Mercury favourite Laura Marling’s collaboration with Tunng’s Mike Lindsay, is a decent bet, too, and don’t discount Hot Chip frontman Alexis Taylor, who released his Beautiful Thing album earlier this year.

King Krule’s The Ooz, released on XL Recordings, is a personal favourite, and a place on the list for Archy Marshall’s sprawling melange of punk, jazz and bass would be a deserved nod of approval. And here’s a shout for Fat White Family offshoot Insecure Men’s debut album while we’re here.

XL affiliate Young Turks enjoyed success last year with Sampha’s Process being crowned winner and The xx’s I See You securing a second nomination for the 2010 winners. Maybe there’s a space reserved on this year’s list for Richard Russell’s Everything Is Recorded project.

Giggs was one artist to feature on that record, and his Wamp 2 Dem mixtape made waves when it came out in October. Will there be a space for Wiley’s Godfather II which, when it eventually escaped from his hard drive in April, was warmly received? Nines’ brilliant second LP, Crop Circle, Novelist’s Novelist Guy, Krept And Konan’s 7 Days/7 Nights mixtapes and Sneakbo’s Brixton are among the fruits of another fertile year for UK rappers and MCs, too.

Then there’s the poppier end of the scale, where acts including Jorja Smith, Anne-Marie, Sam Smith, Lily Allen, George Ezra, Ben Howard and James Bay might well have been keeping the judges awake at night.

And would it surprise anyone if any of Gorillaz, Florence + The Machine, Wolf Alice, Johnny Marr, Young Fathers, Field Music, Everything Everything, Chvrches, Manic Street Preachers or Franz Ferdinand wound up on the list?

Or failing that, will Liam Gallagher finally taste Mercury success?

Evidently, the judges will have had much to chew over and, as ever, we’ll only really know once BBC Radio 1’s Huw Stephens has disclosed all 12 names. Then, the nitty-gritty of dissecting each album and its merits can begin in earnest.

In the meantime, why not just enjoy Alex Turner’s newly visible cranium?

Revisit our piece on how former winners made the most of Mercury glory here.