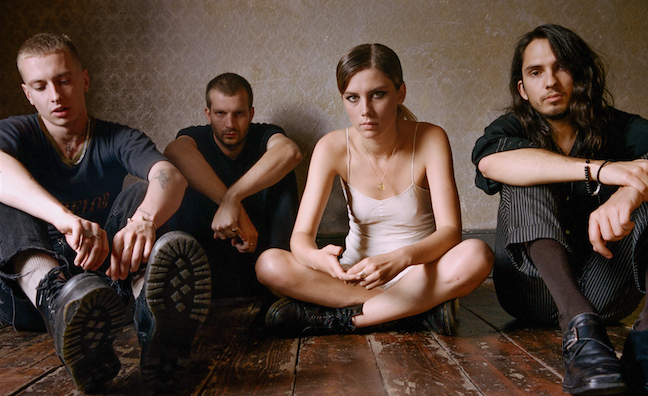 Wolf Alice’s upcoming second album, Visions Of A Life, has been described as “a huge commercial rock record” by the band’s manager Stephen Taverner.

Taverner, who founded East City Management, was speaking to Music Week shortly after the London quartet finished the follow-up to 2015’s My Love Is Cool.

“They did it in LA with Justin Meldal-Johnsen,” he said. “Then Tom Elmhurst mixed it. It’s a huge commercial rock record, that’s the only way I can describe it. It’s a monster. Ellie [Rowsell] and the guys have done an incredible job.”

Looking ahead to the campaign, Taverner spoke of his ambitions to make further inroads in America. “There’s a huge appetite for the band in the US and this is the record that could potentially, touch wood, do it for them in America,” he said. “They’re set up and they’ve got a solid fanbase.”

Ealier this week, Wolf Alice released Yuk Foo, the first single from the album. Watch the video below. The band also announced details of a new UK tour, including a date at London’s Alexandra Palace on November 24.

Visions Of A Life will be released on September 29 via Dirty Hit. My Love Is Cool peaked at No.2 and has sold 103,408 copies to date.