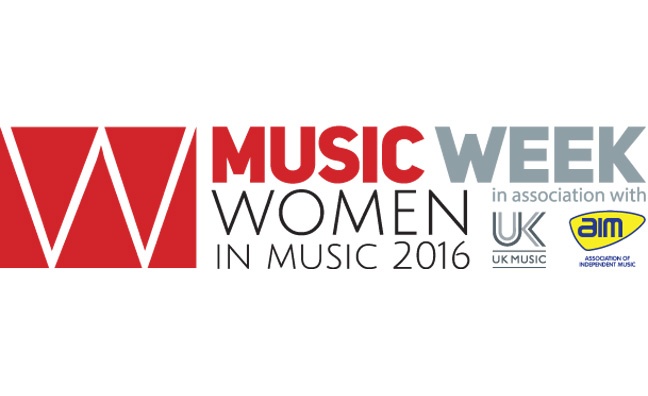 Ahead of today’s Music Week Women In Music event, our 2016 Roll Of Honour have revealed the biggest challenges they have faced during their careers.

The event, which celebrates the work of outstanding industry execs and artists, will see a stellar line-up of inductees from across all sectors of the biz welcomed to the Women In Music Roll Of Honour.

There will also be a number of awards handed out at the ceremony, which takes place later today at Kensington’s Royal Garden Hotel, so be sure to watch this space to find out who won what.

Prior to the event we asked our 2016 Roll Of Honour inductees what they considered to be the biggest challenge they have faced during their career. Find out what they had to say below.

Rebecca Allen, managing director, Decca Records:
Trying to combine being a mother and having a career. Thankfully I have two bosses (David Joseph and Dickon Stainer) who are both incredibly supportive and they have always encouraged me to find this balance. Let’s be honest here, it’s tough trying to balance a family life and have a career and I feel an enormous pressure to get this right. I am a mother to two young girls and it’s important to me for them to believe that this balance is possible and that they can succeed in whatever they chose to do. I also want to help other young women in our business find this balance so that we can see more woman in leaderships roles.

Natasha Bent, live agent, Coda: I think you have to learn quickly to be strong and not take things personally. I don’t feel I have had to change who I am, and will continue to work honestly and openly. It’s definitely hard at times, but I will always believe in the good.

Lucy Blair, director, international sales and marketing, The Orchard: Frankly, this sounds ridiculously 'first-world problems', and it's a challenge that literally everybody in the modern working western world faces, but it's that old chestnut of trying to find some kind of work-life balance. Both music and digital marketing tend to be very ‘always-on’, and when you're passionate about your job, as pretty much everyone in music tends to be, it makes it even harder to switch off and not work around the clock. I tend to find that most people I know in the industry have multiple jobs and side projects, all within the music industry, and I do the same. But I really can't complain - it's a privilege and a joy to work with a fantastic team and an incredible company in an industry that I love.

Sam Isles, vice president artist services, Ticketmaster International, and managing director, Ticketweb: In our industry there’s so much that’s out of our control, and when things go wrong customers, employees and clients need equal attention. Sometimes it can be overwhelming but, without sounding too cliché, I tend to thrive under the biggest challenges. I’m proud to look back and see some of the giant hurdles TicketWeb has overcome.

Pascale Khalaf, VP synchronisation and licensing, Warner/Chappell: Sync teams have faced pressure to deliver significantly more revenue in recent years as mechanical royalties fall in tandem with CD sales. Keeping up with this increased demand for sync placements is a challenge for all of us. However, it is also a tremendous opportunity to put our work at the heart of songwriters’ careers. We need to ensure that we are fully delivering for our songwriters, using sync deals to help break their music in new territories and to new audiences.

Paulette Long, director, Westbury Music: Finding the time to do all the things I want to do.

Emmy Lovell, VP digital, Warner Music: It’s the pace of change in the industry. It feels like it’s really gathered momentum in the last couple of years and it presents new opportunities as a result.

Damaris Rex Taylor, general manager, Disturbing London: Going it alone and starting my own consultancy. Not having full team support was tough at the time but you find out so much about your true working style and what you really want to do. That was a challenge that I enjoyed and learnt from the most.

Sandie Shaw, co-chair, Featured Artists Coalition: I have always wanted to change things I felt were unfair, unjust or simply not right. This has had consequences, so you could say that many of my challenges were self-made. If you want to make waves you have to learn to ride them. Sometimes you get dragged under. That’s OK. An artist has to deal with rejection and failure in public: it is a transferable skill. If you can do that you can surmount anything in any environment.

Jane Third, SVP, Because Music: When Because started we were an unknown label. I was from the DIY scene so was unknown in the mainstream music industry, and our artists were unknown. Sometimes it seemed like an insurmountable obstacle to climb when so many relationships are in place and I was trying to compete with the old guard, but we got there by hook or by crook. Breaking new acts isn’t getting any easier with fewer and fewer places left to launch new careers.

Carla Marie Williams, songwriter and founder, Girls I Rate: Being self-managed. I wasn’t really taken seriously because I was one, a creative, two, a young woman and three a black woman. The industry was very male-oriented, like, let’s keep her in the corner and shut her up, you get back in the studio little girl. I’m still called difficult or all the names under the sun. You can be a creative and understand your business, but the industry doesn’t allow you to. People shouldn’t be patronising or condescending just because you’re creative or you’re a woman. It’s bollocks, really.”