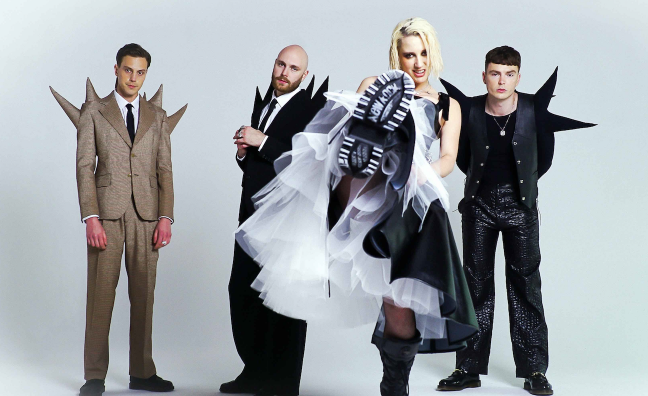 The Brighton foursome, profiled in Music Week’s On The Radar section in 2017, have left their deal with former label Atlantic.

Frontwoman Theresa Jarvis said: “After a year of non-stop writing our best material yet, we are ready for a new era. We met a bunch of people who wanted to help us put the music out and we are excited by the team we now have at Believe!”

Dave Bianchi manages the group through Various Artists Management. “I’m very excited to be signing one of my favourite bands to a brilliant set of people at Believe,” he said. “Having worked with the team previously on La Roux, we are super confident both with the skill sets provided and the fairness of the deal.”

We are ready for a new era

Malena Wolfer, head of artist services at Believe, said: “We are excited to work with Yonaka and their fantastic team at Various Artists. The new single is an empowering statement that brilliantly showcases the band’s songwriting and production abilities and is a true celebration of independence.”

Yonaka released their debut album Don’t Wait Til Tomorrow in 2019. They have 435,578 monthly listeners on Spotify.