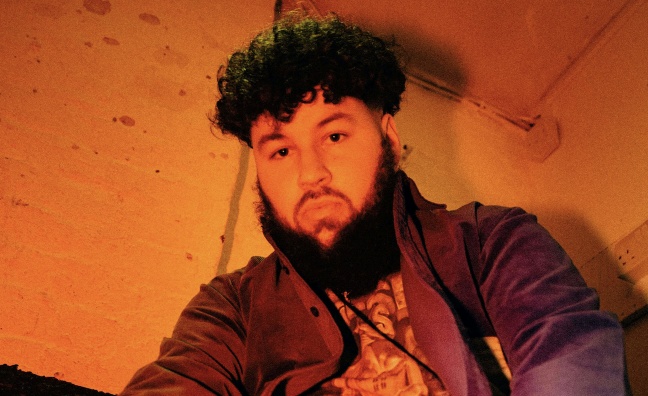 Grammy-nominated producer and KSI collaborator S-X is going it alone with his emotive brand of R&B. We find out more in this week's Making Waves...

WHO: S-X is a producer and artist with plans to be the Midlands’ answer to Pharrell Williams. His real name is Samuel Andrew Gumbley and he means business.

WHAT: Previous singles such as Missing, Too Soon, Always Wrong and Neither Would I offer up a flavour of S-X’s cold hued, emotional sound, which shares The Weeknd’s love of a big, sad melody.

WHERE: S-X is from Wolverhampton. In fact, his living room has already appeared on national television, thanks to a stint on Celebrity Gogglebox with his mate KSI.

I THOUGHT I RECOGNISED HIM... Yes, S-X and KSI worked on the latter’s debut album, and the nation got to see their partnership up close earlier this year as they ate sweets and passed comment on lockdown’s televisual delights. And you know what, we wouldn’t mind watching telly with them; it looked like lots of fun.

OK, WHAT ABOUT HIS MUSIC? Well, S-X worked on Childish Gambino’s Grammy-nominated Because The Internet album and has produced for Skepta, Lil Wayne and more. Now, though, he wants centre stage. A new single, Dangerous, is coming in September.