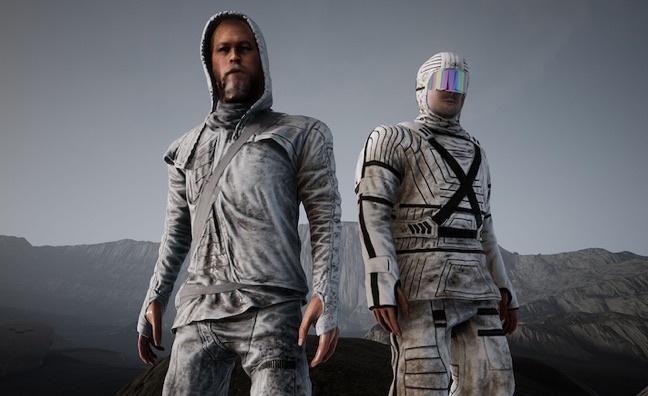 The clips for singles Running and Flames by H3000 – the Empire Of The Sun frontman's collaboration with Charli XCX and Lana Del Rey producer/songwriter Jarrad Rogers – were made by production and design company Collider and feature "a playable final game level."

In the videos, the duo's avatars "Luke 18" and "Mstr Rogers" are being chased across black sand tundra back to their craft having "stolen an artefact".

"I've been following Unreal Engine for some time but this was the first project that Collider decided to jump all in and embrace a very different way of working," said music video and animation director Andrew van der Westhuyzen.

"It was exciting to approach what would have been a traditional animation process in a very different way and discover the beautifully rich, immersive and serendipitous possibilities that Unreal Engine can create."

Epic Games' other music industry collaborations currently include a partnership with Sony Music.