Spotify pledges to support under-represented podcasters with Sound Up 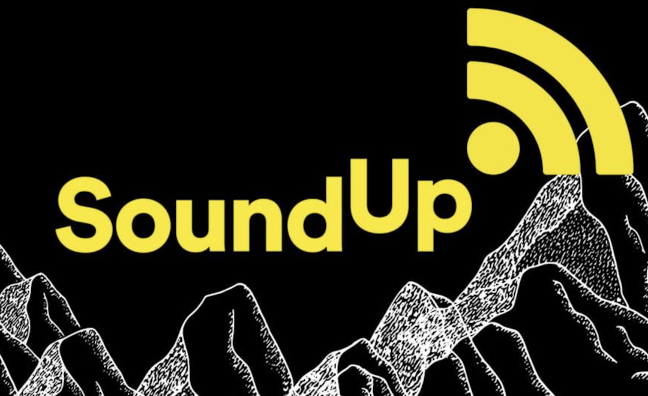 Spotify has pledged to continue its support of Black, Asian and Minority Ethnic (BAME) women and non-binary people in podcasting.

As the third round of applications for the streaming platform’s Sound Up project launches, Spotify has unveiled research showing that 74% of BAME women and non-binary people feel under-represented in podcasting. Less than 5% of the UK’s Top 100 podcasts are hosted by BAME women or non-binary presenters.

The Sound Up programme was conceived to increase the number of under-represented voices in UK and Irish podcasting through education, training and support and Natalie Tulloch, Sound Up’s global lead said that it exists to “tackle inequality”.

“Sound Up is one of the many ways we are looking to amplify under-represented voices, and tackle inequity,” Tulloch commented.

“Sound Up gives under-represented communities the right resources and support to get their voices heard and pave the way for the next generation of podcasters. We’ve seen incredible success stories emerge since Sound Up’s start in 2018, and I can’t wait to see what this year brings us.”

Spotify conducted research amongst 1,000 women in the UK who identify as Black, Asian and Minority Ethnic. The figures show that 21% believe that business and tech is the genre in which BAME women are most seriously under-represented, followed by news, current affairs and politics and celebrity.

Eighty-four per cent of respondents said they would be more likely to listen to a podcast if it was made and voiced by BAME women. The survey’s results also suggest that breaking into podcasting is more difficult for BAME women, with 50% of respondents saying there is too much stereotyping of BAME women and 49% noting a lack of strong BAME female voices in podcasting. A further 40% said there are not enough stories of BAME women being told in entertainment and wider culture.

For 2020, the Sound Up project will be divided into two phases: a virtual four-week course taking place from October 12-November 6, and in-person training in 2021. The deadline for 2020 entries is September 4. Spotify recently unveiled a revamp of its Who We Be Talks podcast.

Since 2018, Sound Up has received over 20,000 applications around the world, with 60 chosen applicants having completed the programme, which is on offer in the UK and Ireland, America, Germany, Australia, Brazil and Sweden. Twelve of its graduates have since launched their own shows, and three now have Spotify Original podcasts.

Sangeeta Pillai, a UK winner in 2018, now hosts the Masala Podcast, which  celebrates South Asian by sharing stories on subjects such as female sexuality and mental health.

Sangeeta Pillai said: "Sound Up gave me the confidence to create Masala Podcast. Before then, I literally knew nothing about podcasting - it felt too technical and overwhelming for me. Podcasting felt like it was for white middle-class men talking about football! Not for someone like me. Creating Masala Podcast has helped me reach other South Asian womxn, creating a huge supportive community where we explore taboos in our culture. Winning a silver at the British Podcast Awards was the ultimate affirmation that Brown voices like mine matter!"