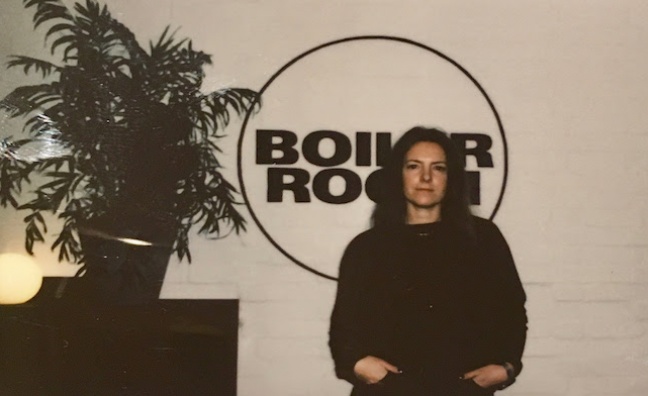 Boiler Room have officially announced the appointment of their first ever managing director, Jodie Nicholson.

Nicholson has been a key member of the Boiler Room team for two and a half years – including overseeing the brand’s longstanding Budweiser campaign – and has over 12 years of experience in strategic partnerships at M&C Saatchi, TBWA, Ogilvy & Mather and LoveLive. In her new role, she will be focusing on maximising growth and efficiency within the business.

Nicholson’s appointment follows the appointment of Stephen Mai as its chief content officer in April of this year, which has led to the launch of of new verticals including 4:3, Boiler Room’s new film platform. Boiler Room now engages an audience of over 180 million globally.

Speaking of Nicholson’s appointment, Blaise Bellville, CEO, Boiler Room, said: “Jodie spent two years leading one of our most successful brand partnerships, demonstrating a consistent ability to lead, manage and motivate. When we started talking about her progression at Boiler Room, stepping up to lead the business as managing director felt like a natural development. The creation of the role for Jodie enables us to push forward and cement our position as leaders in club culture; with Jodie ensuring that we’re operating at maximum efficiency and driving synergies across every area of the business."

Nicholson added: "I joined Boiler Room for the opportunities that came with a hyper-engaged youth audience of our scale. Across the 2.5 years in the business, I've seen our connection with this audience grow ever-more connected. We've gone from being straight-up party broadcasters to launching some of the most exciting cultural initiatives in recent memory. Between projects with the V&A, Notting Hill Carnival and now our new film platform 4:3, it's a journey that's cemented us as a leading voice in music and club culture.

She added: “I'm as excited to lead us into this next phase, as I was when I first joined. My experience running one of our most successful partnerships set the foundation for this progression, which will see me driving our efficiencies, overseeing our teams and ensuring that we are structured to grow in the most impactful way possible. To be doing this as the first managing director is something I'm immensely proud of and I thank Blaise and the team for recognising me as the girl for the job."

Boiler Room recently partnered with the Mayor of London, Sadiq Khan, for the Sounds Like London campaign, which champions women in all aspects of the music industry, as part of the Mayor’s #BehindEveryGreatCity campaign which programmed over 200 concerts across the capital this June. Boiler Room live streamed from City Hall in late June with performances from Ray BLK, Rina Sawayama, A.G and more.