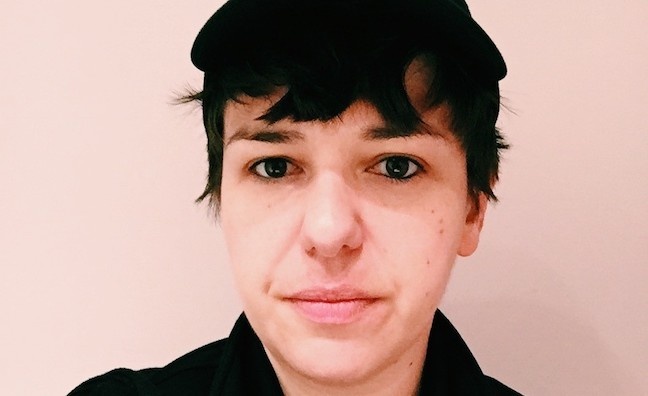 Camilla Pia is assistant commissioner at BBC Radio 6 Music. They have worked to deliver programming such as Bowie Five Years On, the 6 Music Festival, Loud And Proud, and Artist In Residence. Pia has also commissioned new shows from Honey Dijon, Caroline Polachek, Nabihah Iqbal, AG Cook, Girl In Red, Mogwai, Rostam, and Jordan Rakei as part of the Lose Yourself With… series. They are also part of the commissioning team who launched new shows from Jamz Supernova and the Blessed Madonna earlier this year.

Pia has worked as producer on the music team at 6 Music, as assistant producer at BBC Radio 1/1Xtra, and as researcher for BBC Television. They have DJ-d and booked bands for various London club nights and written for NME, The List, The Scotsman, Dazed, Kerrang!, Mojo and The Line Of Best Fit. In 2020 they were a judge for The Visionary Honours (which champions diversity in the arts), and in 2015 they were nominated for Indie Champion at the AIM Independent Music Awards.

Here, Camilla Pia opens up about industry achievements, mentors and offers advice for the next generation of executive talent...

“Well, I’m totally thrilled, it’s the big one isn’t it! And looking at the list of 2021 inductees and from previous years, it’s a real gang of industry legends so it’s an honour to be part of this. As someone who is non-binary, I’d also like to shout out Music Week for your inclusive approach – it often feels like there is a long way to go for minorities in the music industry so anything we can do to raise people up, celebrate their achievements and give them a platform can only help push things forward.”

“I’d describe my early years as a long hard slog! I didn’t know exactly what I wanted to do, I just knew I was obsessed with music and had to do anything to get close to it, work with artists, dig into their creative process a bit… the process of songwriting, artistry, production, performance, all of it just totally fascinated me. And every time I found something amazing, I wanted to tell people about it. So, I went from writing fanzines and following bands around the country as a teenager to doing a bit of music journalism and radio production at uni. I used my summer holidays to get as much work experience as I could and then by the time I finished my degree I was able to freelance as a music journalist for various publications, going to gigs most nights while also working in a record shop – which was a real education. And then I moved around a bit and tried out lots of different things; TV researcher, making radio docs, live events – all music-related – before I finally found the perfect fit which was my dream job – to work at BBC Radio 6 Music – and at that point it felt like I’d come home.”

“Ahh I really wish I’d had! But I met encouraging people along the way who gave me lots of helpful feedback and guidance – I’d like to shout out Jo Kendall who I worked with at Kerrang! for being so kind and encouraging, and I met so many inspirational producers at BBC Radio 1 and then BBC Radio 6 Music whose creativity and energy blew my mind. I just wanted to soak it all up! I’ve been lucky enough to work very closely again with one of those people in my current role as assistant commissioner – Sam Moy, head of station at BBC Radio 6 Music – who is a daily source of inspiration.”

Allies and role models are vital in this industry

“Undoubtedly the highlight of my career so far was working closely with the late Sophie and Sophie’s team on a project that was unfortunately never completed due to the pandemic and then the incredibly sad passing of Sophie at the start of this year. It sounds strange to talk about an achievement that was never able to come to fruition but everything about it from an early meeting with Sophie through to driving it through with key stakeholders in my previous role at Apple involved many, many hurdles that I worked very hard to overcome. And we were so close to making it happen… To be in the presence of true creative genius is a rare thing, I have no doubt that what Sophie was about to do next would have changed the landscape of pop music (again). It was equally terrifying and exhilarating to witness that up close and I’ll remember it for the rest of my life.”

“Work hard, ignore any voice in your head or any feeling that you don’t deserve to be here, speak up – your voice needs to be heard – take up space and seek out your people. Allies and role models are vital in this industry.”

“Write down your achievements – it’s so easy to forget them, and on a bad day dig out that note, read it through and allow those words to sink in.”

“It’s pretty similar to my lesson from 2020: that radio is a companion to people and a source of such joy in times of real hardship. Thinking of my incredible colleagues and the work that they have achieved through the pandemic, I am in awe of people’s resilience. And on a more personal note, that I thrive creatively when I’m around people.”