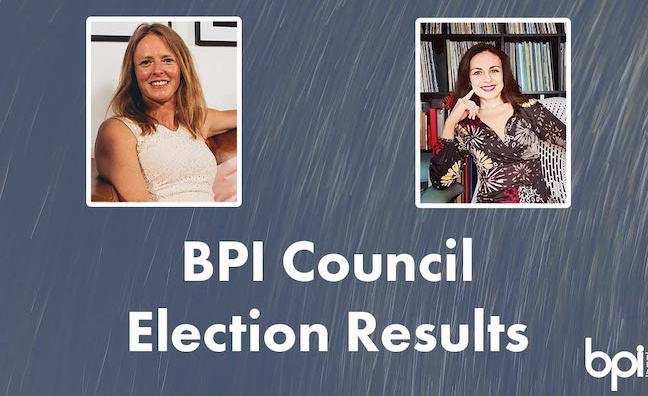 The BPI has announced Stefania Passamonte as a newly elected member on the BPI Council representing independent labels, and the re-election of Alice Dyson.

Stefania Passamonte is director of Master Chord Records, founder of London Performing Academy of Music and a musician.

“I am delighted and honoured to be elected to represent my fellow indie labels at the table of the BPI Council,” she said. “I will ensure their trust is well placed in my longstanding experience in the music industry, working together to make positive and productive steps through Brexit and the post-pandemic world.”

Passamonte takes over from long-serving member Iain McNay, founder & chairman of Cherry Red Records, who recently stood down having been first elected in 2013.

Alice Dyson, chief operations officer, One Media IP, has been re-elected as one of the Council’s six independent label members (alongside six major label representatives).

Dyson said: “I’m thrilled to be able to continue working with the BPI to ensure the voices of independent music companies are heard.”

Ged Doherty, chairman of the BPI, said: “We congratulate Stefania on her election and look forward to the new perspective she will bring with her background as a musician and in music education. We also welcome back Alice and the valued contribution she makes. Along with all our other elected and co-opted members, we have a board that reflects a breadth of talent and experience drawn from many parts of UK recorded music.

“Finally I would like to place on record the BPI’s sincere thanks to Iain McNay for his many years of dedicated service on Council and his tireless championing of the independent label community.”

Two of the six places on BPI Council designated for Independent representation became vacant following the automatic retirement by rotation of the two longest-standing members, Alice Dyson and Iain McNay. Members retiring by rotation can stand down or put themselves forward for re-election.