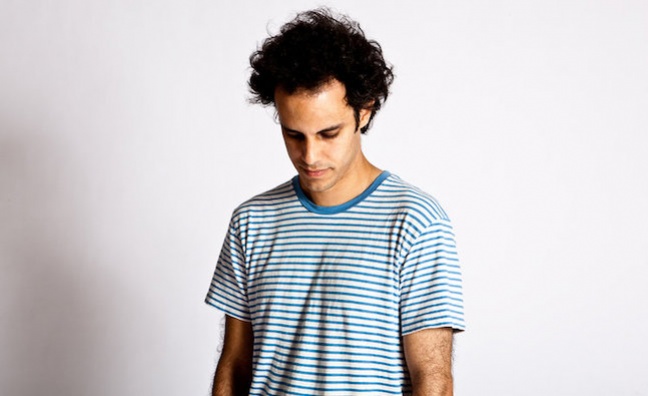 There’s another twist in the legal case between Four Tet and Domino Recordings, Music Week can reveal.

Three albums released between 2001 and 2005 that Domino removed from Spotify and other streaming services in November 2021 have now returned for fans to stream in full.

There had been an outcry from the artist community when the indie label took down the albums - Pause, Rounds and Everything Ecstatic - and other music by Four Tet during the ongoing legal battle over the contract signed in 2001. Domino said it was saddened by the case.

The return of Four Tet's albums to DSPs follows a new publishing deal with Universal Music Publishing Group, which was announced today. The agreement covers the electronic music pioneer's catalogue and future works.

Pete Simmons, director, A&R at UMPG, said “Four Tet has soundtracked my life from GCSE revision to dancefloors at university and now I get the pleasure to work with him. I’m honoured to represent a catalogue that means so much to not just me but the whole of UMPG. Looking forward to working with Kieran, Carol and the wider Solar team. Special thanks to Amy Samson for making the initial introduction.”

The surprise re-appearance of the three Domino albums on DSPs follows the December 2021 hearing at the Intellectual Property Enterprise Court. Now a judgement from Deputy Judge Pat Treacy has been handed down based on the legal arguments several weeks ago - you can read Music Week’s full report of those proceedings here.

We first broke the news last summer of the original case, which could set a legal precedent for artist and label royalty and contract disputes in the streaming era, particularly in relation to historic contracts. It comes amid an industry-wide debate about fair streaming remuneration.

The most recent hearing in December was in response to Four Tet (real name Kieran Hebden) filing an amended legal claim against Domino.

As well as the original claim that centred on the streaming royalties rate based on his 2001 contract (and their case for a 50% rate), Hebden’s legal team have now argued that removing the albums from streaming services last November was a breach of contract and that copyright to the masters should revert back to him. Those recording rights are currently with Domino for the life of copyright period of 70 years.

However, Deputy Judge Treacy allowed Four Tet’s legal team to pursue their case for breach of contract over the removal of albums from DSPs to be added to the existing claim, rather than refuse permission on a summary basis.

After considering the arguments presented on December 16, Deputy Judge Treacy has now ruled that the additional claim over the streaming takedown of albums can be added to the existing legal case against Domino over streaming royalties. 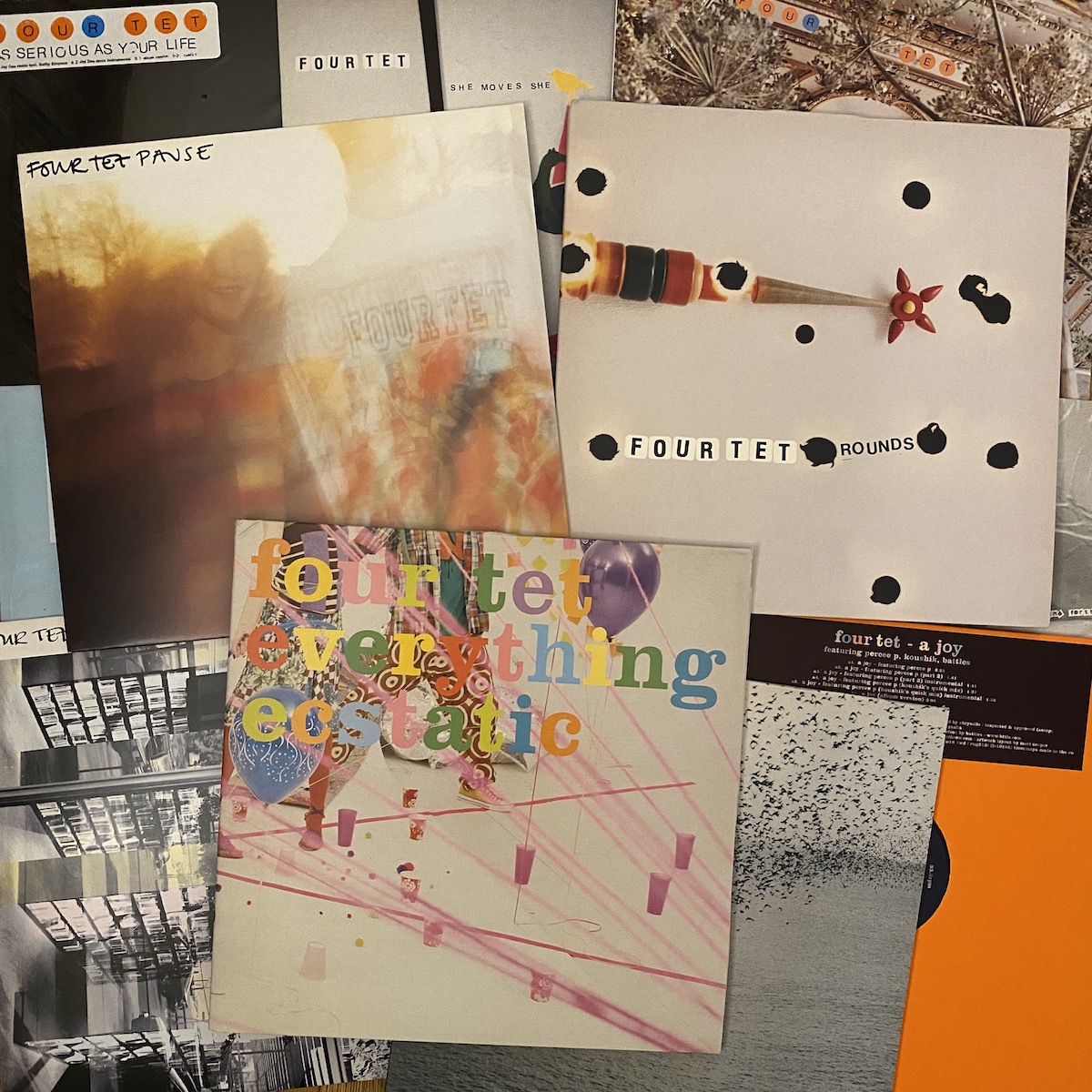 Richards told the court that none of Domino's legal advisers had identified any case in which a recording contract had been held to include any “implied obligation to exploit”.

But the additional claim was allowed to be added following arguments by Four Tet’s barrister, Sam Carter, of Hogarth’s Chambers.

The ruling by Deputy Judge Treacy stated: “I have concluded that this is not a situation in which it would be appropriate to refuse Mr Hebden's request to amend his case to plead that the 2001 Agreement should be construed as including an express continuing obligation to use reasonable endeavours to exploit the Masters by all then-industry-standard means or that, in the alternative, such an obligation should be implied.”

While noting the requirement of evidence to be presented, the ruling added: “Overall, however, given the potential consequences for Mr Hebden of refusing permission to amend when I have concluded that the amendments are not simply fanciful and have at least some prospect of success, I consider that I would not be doing justice between the parties if I refused permission. Overall, the interests of justice require me to grant permission to amend the pleadings in respect of these issues.”

Deputy Judge Pat Treacy had “considerable sympathy with Mr Richards' arguments as to the consequences of breach and, in particular, as to the likelihood that Mr Hebden will be able to establish at trial that there is a basis on which copyright in the Masters has or should revert to him…

“Nevertheless, Mr Carter's arguments were made with some conviction in view of the potential position that may be faced by Mr Hebden if he were to succeed in establishing breach. I did not feel able to reach the view that they were fanciful or clearly unsustainable given the time available to Counsel to make full submissions in this complex area. On balance, given the conclusion I have reached above on the proposed amendments as to breach, and as the arguments as to remedy will require legal submission only at trial rather than significant evidence, I conclude that it would not be appropriate to refuse Mr Hebden permission to amend in line with the substance of the draft APOC [Amended Particulars Of Claim] and that, on balance, the overriding objective is best served by permitting the amendment.”

Prior to their return to streaming services in February 2022, the three albums on which the case centres had been unavailable for more than two months as the new claim was considered.

Richards told the court in December that Domino had offered to no longer exploit the masters as commercial releases. He said that this was in light of the fact that Hedben, as revealed in a witness statement, had previously requested the removal of albums from Spotify, and that they remained down from the service for a three-year period before the latest takedown.

Four Tet’s legal team argued against any inconsistency in their case. Deputy Judge Treacy issued a lengthy response below, which Music Week is publishing in full for context:

“Mr Carter's response was that the pleading contained no inconsistency and that Mr Richards' clients had misunderstood it. The original pleading was as to breach through a failure to pay royalties at the appropriate contractual rate for digital exploitation; the subsequent draft pleading was as to breach by failing to use reasonable endeavours to continue to exploit digitally. Mr Carter submitted that the two pleadings are entirely consistent and there is no incoherence as the specific language in original paragraph 15 referred to by Mr Richards formed part of a description of the factual background to the royalty claim rather than a standalone pleading of breach of contract by streaming. Mr Carter also stated that at no point since the signature of the 2001 Agreement had Mr Hebden objected to digital exploitation as such, although he noted that there had been discussions between Domino and Mr Hebden about making the Masters available on Spotify. He drew attention to the evidence on those discussions that had been included in the bundle for the hearing.”

The ruling added: “If this issue becomes relevant at trial (for example in the context of a dispute about whether Domino's actions in requiring the DSPs to cease digital delivery of the Masters were in good faith), then the varying interpretations of the parties as to the scope of the breach originally pleaded in the Particulars of Claim may require further consideration. For the purposes of this application, however, having considered the submissions of Counsel as to the initial pleading, I conclude that there is no obvious inconsistency between the original pleading of breach and that for which permission is now sought such that permission to amend should be refused on grounds of incoherence or self-contradiction.

“Specifically, I do not agree that Mr Hebden's earlier objections to aspects of digital exploitation clearly support a reading of the original pleading as meaning that the 2001 Agreement did not authorise digital exploitation at all. Only limited evidence on this issue was available. The evidence that was available included Mr Hebden's Witness Statement dated 22 November 2021. That witness statement set out the circumstances in which Mr Hebden had objected to the streaming of his music via Spotify. It states that, after a request from Mr Hebden, Domino removed Mr Hebden's music from Spotify for a period of time after which Mr Hebden's Four Tet albums (but apparently not his singles) were made available to Spotify again.

“The Witness Statement of Mr Bell, from Domino, also dated 22 November 2021, deals more briefly with this issue, but broadly confirms that Domino removed Mr Hebden's music from Spotify (and apparently from other platforms) for a period at his request, but subsequently made it available again. In the absence of further evidence on the issue, this suggests that Mr Hebden did not object to digital distribution of his music as such. I conclude that the original pleading is sufficiently capable of bearing the interpretation contended for by Mr Carter to mean that there is no clear inconsistency between it and the amended pleading for which permission is now sought.”

Attention will now turn to the venue for the full trial, which is set to take place this year.

Because of the complexity of the case, there had been a discussion about moving to a full High Court hearing rather than the Intellectual Property Enterprise Court. However, Four Tet’s legal team has argued that the cost would put the case out of his reach financially.