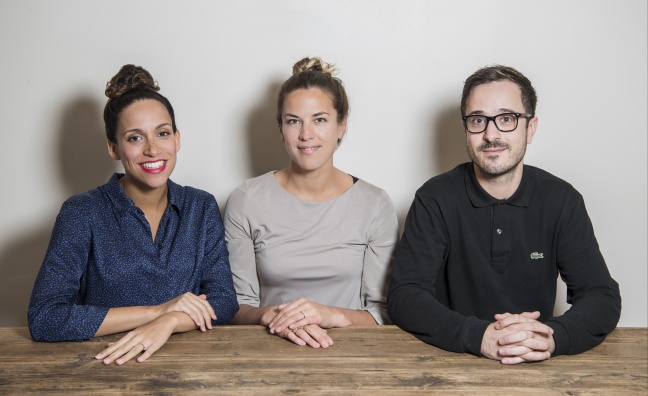 Island Records has announced a trio of key promotions, with Natasha Mann, Olivia Nunn and Guillermo Ramos being appointed to director roles.

The appointments come as part of a significant year for Island, having racked up 19 weeks at No.1 in the singles chart and five weeks atop the albums chart across four different artists.

Speaking to Music Week, Island president Darcus Beese hailed the work of the new directors. “While Island has always been a label synonymous with maverick A&R, as we all know, behind every great A&R team there are innovative and creative marketeers who try and make sense of what we A&R people do.

“Here at Island we are blessed with three of the brightest stars in the business, each with a deep understanding of the ever-changing industry and each with a unique and creative vision for the future.

With Natasha, Olivia and Guillermo in these key positions, I know that we can build on our recent fantastic successes and continue to honour, and expand upon, the legacy of this great label.“

Mann joined the company in 2009 as junior product manager before becoming head of marketing in 2014, overseeing album campaigns for Mumford & Sons, Catfish & The Bottlemen, Disclosure, John Newman and PJ Harvey.

Nunn began her career at Island in 2006 in TV promotions before also rising through the ranks from junior product manager to head of marketing alongside Mann in 2014. Recently she has driven UK campaigns for

The Weeknd’s Beauty Behind The Madness and Drake’s Views.

Meanwhile, Ramos has worked on several successful campaigns since joining Island in 2011 His first projects included Ben Howard and Gotye, both platinum album-sellers.

“Quite simply they have proved themselves to be three of the most talented marketeers in the modern music industry, and fully understand our ambitions for Island’s interests to broaden musically, culturally and creatively,” Turner told Music Week.

“They all started out in junior roles and have had significant success. I am so delighted to see them all promoted to marketing directors, a position at the heart of the company.”