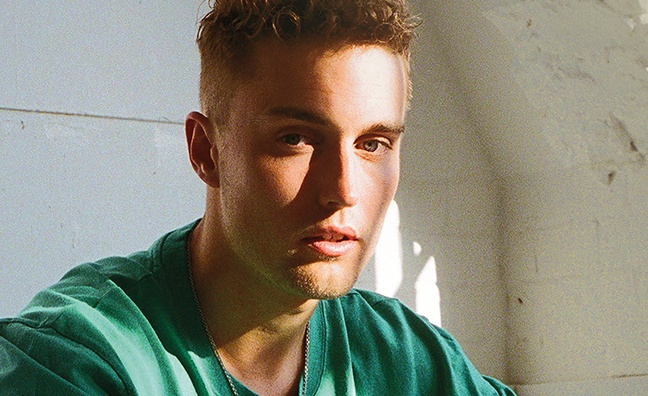 The title track from Sam Fender's chart-topping sophomore record, Seventeen Going Under (291,246 sales, OCC) dropped in July but reached a new high of No.8 in the UK last month before being crowded out by the deluge of festive songs. It has now staged a recovery by climbing six places to No.9 in the latest chart (28,381 weekly sales, up 17.4% week-on-week), while the album of the same name held steady at No.21 (5,391 weekly sales, up 12.6%) during the busy Q4 period.

"We're up to over 800,000 streams a day on Spotify, globally, at the moment and it's connecting him on a massive global level," March told Music Week. "This is just growing and growing and we've got some amazing content to come. It feels like, from the beginning of January, once the Christmas songs get out the way, this song could get even higher."

He added: "It's testament to putting out brilliant music by brilliant artists with stories to tell, that fans connect to and love. You never know quite when or how that moment is going to come these days, but the one thing that still rings true is that if the artist is spectacular, their lyrics mean something and audiences care about them, at some point, a song from them is going to catch."

March believes the 27-year-old North Shields singer-songwriter and 2022 BRITs nominee, who has announced his biggest solo headline show to date at London's Finsbury Park next July, is in a league all of his own.

"What we've been saying is - we've made a genre for this - it's the first indie banger to go Top 10 since the Arctic Monkeys in 2013 [AM single Why'd You Only Call Me When You're High also peaked at No.8] ," said March. "People say we did it with Glass Animals [Heat Waves], but that's not an indie guitar song."

Seventeen Going Under gave Sam Fender his first Top 40 single when its parent album (90,212 sales) went straight to No.1 in October. After dropping down the chart, the single then rebounded last month after going viral on TikTok.

"It had already charted Top 30 around the album and we knew it was a brilliant song - that's why it was the first single from the moment we heard it," said March. "But what we can't do as record labels anymore is completely control when the fans will create something spectacular.

"In this case, what was created with Seventeen Going Under was brave people coming forward and speaking about some tough things that have happened to them in their lives. A lot of the content was really powerful, hard-hitting and honest, and was being shared, so you never know when something's going to happen like that. More people discovered the song through that, and then it took on a life of its own."

Fender's monthly Spotify listenership has leapt from 2.2 million pre-second album, to more than 5.5m now. His Instagram and TikTok followings, meanwhile, both currently stand at around 500,000. His 2019 debut album Hypersonic Missiles has current sales of 247,915.

"Sometimes, trends that emerge from TikTok feel like they're being driven more by the song or the trend, whereas this feels like it's being driven by Sam as an artist as well," said Polydor marketing director Stephen Hallowes. "You can see that in the increase in his TikTok followers and Instagram followers off the back of it, and you can also see it in the album, which is still in or around the Top 20, despite lots of Christmas competition.

"People are really connecting to him and the fact that he wrote those lyrics, rather than it being a TikTok trend that's driving a song where the artist is a bit more anonymous, which is common in that space."

Seventeen Going Under track Spit Of You (83,624 sales) also reacted upon the LP's release, so far peaking just outside the Top 40.

"We saw Spit Of You really connect in the streaming/TikTok ecosystem, and that drove a huge new audience to Sam," added March. "It was one of our focus tracks. It is a beautiful song he wrote about his relationship with his father and I think that connected with a lot of people. From the minute we heard it, it blew us away.

"I think that song got him to a whole new audience, which led to Seventeen Going Under being discovered, shared and talked about more. It's very exciting for guitar music to see an artist like Sam trailblazing a way in this new world in a way that a lot of others haven't quite been able to do yet."