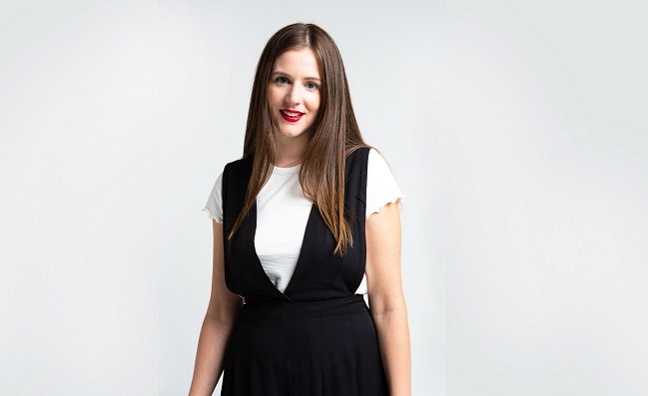 In the bumper end-of-year edition of Music Week, we invited the industry to share their opinions on the moments that defined 2019.

In the first part of our round-up of execs’ highs and lows of the year, we featured the likes of Island president Louis Bloom, Warner Music’s SVP, commercial Derek Allen and ERA CEO Kim Bayley.

Now, read on for the second installment featuring Partisan MD Zena White, Virgin EMI president Ted Cockle and MOBO CEO Kanya King on the best and worst things that happened in the biz in 2019…

Best: “An epic Mercury Prize shortlist, which demonstrated the health of creativity in British and Irish music.”

Worst: “Challenges to the physical market, including HMV going into administration [from late 2018 until February 2019]. Physical is still an important piece of the business for a lot of artists.”

Best: “Virgin EMI having 11 tracks in the singles Top 20 during May!”

Best: “It’s a split winner for me between Brexit being delayed so we still have a chance to do something about that absolute clusterfuck, and the large organisations in our industry finally getting to grips with their data and how to use it. I can’t believe it’s taken so many of them so long but it’s a massive step in the right direction for an industry fit for the future (and the present!).”

Worst: “Viagogo buying StubHub is pretty high on my list, but also I’ve not enjoyed watching high profile, personal arguments on socials this year. There’s enough shit going on in the world without our industry dragging their dirty laundry out onto Twitter and fuelling the hate fires. Be more kind.”

Best: “For me, it was the launch of YouTube Music in even more European and Middle Eastern countries, which takes our current total up to 77 countries. It was a huge achievement from our teams and more importantly, for music fans across the region. More locally, it was a relief to see HMV being saved from collapse, and I hope they continue to be a key player in the UK retail scene.”

Worst: “Some extremely talented artists passed away, and the music business is a lot poorer without them. It’s particularly awful when it’s someone young: for instance, Cadet could have achieved so much more, and it’s heartbreaking to think of his family and friends losing him so young.”

Best: “I love seeing the emergence of new artistic voices demanding to be heard, telling their own stories in a unique way, and in 2019 this was especially true of female artists. Billie Eilish was perhaps the most prominent, but in AWAL’s world we celebrated the breakthrough of many amazing talents including Little Simz, Freya Ridings and Girl In Red.”

Worst: “I was very saddened by the deaths of Scott Walker and Mark Hollis, two musicians and songwriters who were hugely influential in my life.”

Worst: “The passing of Mark Hollis from Talk Talk and Ric Ocasek from The Cars.”

Best: “Taylor Swift standing up for herself and leading the way on exposing gaslighting, which erodes women’s confidence in striving to have a legitimate equal place in the music industry. I have total respect for her. She is so courageous.”

Worst: “It’s hard to pinpoint an event as the worst; industry change happens in ways we don’t always see initially. Depending on what side of the fence you sit, I think that the emergence of new disruptive platforms like TikTok and the shift of power to consumers on that platform is going to force the traditional business to rethink. I am all for it!”

Best: “For us, it has definitely been the announcement of the return of the MOBO Awards in 2020. The response to our return has been incredible, not just from fans but from the music industry also. We’ll be taking the platform to a whole new level, which we feel will be extremely beneficial not just to the artists but the music industry community as a whole. Stormzy performing at Glastonbury was a big moment – and the continued growth of Afrobeats as a global phenomenon.”

Worst: “The ongoing claims of systemic sexism in the music industry.”

Best: “Great artists and music once again reuniting with the film industry to deliver such sensational results. From Queen, through to Elton John, The Beatles, through to Decca’s very own Luciano Pavarotti documentary, it was a great year in film for great artists!”

Worst: “In the classical world, the death of Jessye Norman, an American soprano. Jessye had one of the most exceptional operatic voices, the dramatic nature of her singing ensured audiences around the world embraced her talents.”

Best: “The passing of the Copyright Directive in March with provisions for transparency and fair remuneration for music makers (just need to see if the UK will now implement it). Also, the Arts Council and Music Venue Trust working together on a grassroots investment fund for small venues. Really necessary and starting to make an impact.”

Worst: “The continued uncertainty of Brexit, leading to some tours being postponed or cancelled and general unpleasantness against artists speaking up for their beliefs.”

Best: “The Copyright Directive, because it was a phenomenal journey and a vital step to levelling the playing field in the digital world. Plus, the code of practice signed in June between the music sector and digital services to help tackle streaming manipulation.”

Worst: “UMG announcing a share deal with Tencent and lining up similar buyers for the rest of the 50% that’s up for sale, because it’s a tangled web of influence that is clearly strategic to leverage the companies involved at the expense of others.”

Best: “A strong crop of British artists emerging or stepping up to mainstream success, including Lewis Capaldi, Mabel, Tom Walker, Dave, AJ Tracey, Freya Ridings and Sam Fender, plus many more besides.”

Worst: “The growing crisis in music education, denying too many of our young people the opportunity to get involved in making music. State schools, including the BRIT School, are not funded or measured so as to encourage the investment of time or money in teaching young people music. BPI data in February made plain this growing gulf, which, if unchecked, will make our culture poorer and undermine our pipeline of future talent.”

Best: “One of the most positive things to happen was the announcement of Arts Council England’s Supporting Grassroots Live Music Fund. Working with the MVT, the fund has already given grants to grassroots music venues including The Macbeth in Hoxton and Paper Dress Vintage in Hackney to upgrade sound, lighting and accessibility or develop their cultural programme.”

Worst: “The closure of The Borderline – I really loved that venue. I promoted a lot of shows when I worked at the Mean Fiddler, and loved promoting shows there, repping other promoter’s shows or just going to see some great bands in such a small space, it’s such a shame that it had to close and just demonstrates why the work of the MVT is so important.”

The special end-of-year edition of Music Week is available now.