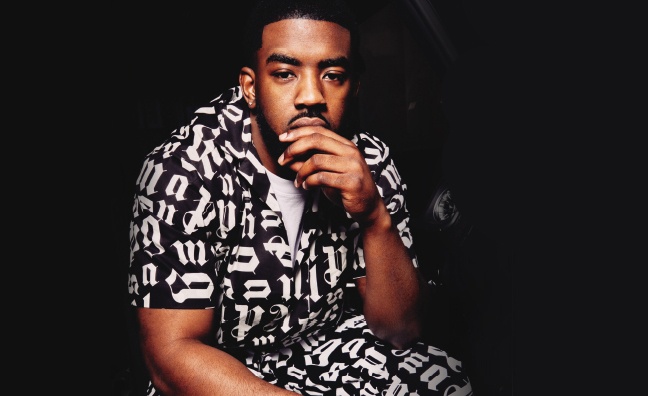 The value of British recorded music exports grew by 13.7% to a new annual high of £590.8 million in 2021, according to new figures released by the BPI.

The 2021 total is the highest since the BPI began its annual survey of record labels’ overseas income in 2000.

This new peak was driven by a record number of UK artists last year each achieving 100 million-plus global streams. These included not only superstars such as Adele, Dua Lipa, Dave and Ed Sheeran, but many emerging and breakthrough artists, including Glass Animals, PinkPantheress and Rex Orange County.

Physical and digital download sales, streams and other consumption of British music increased in every region globally, including in Europe (up 17.6%), North America (up 11.0%) and Asia (up 11.1%). Ten of the UK’s 20 biggest music export markets experienced double-digit percentage growth on the previous year, led by China with a 61.2% year-on-year increase.

While there were significant rises for territories where UK music has traditionally thrived, including the US (up 10.4%), Germany (up 31.3%), France (up 20.1%) and Canada (up 18.0%), the increasing importance of Latin America to UK music exports was highlighted by a rise of 12.7% overall. This included a 19.2% year-on-year increase in Mexico. According to IFPI figures, Latin America is the fastest growing region globally.

The figures will underline the faith that labels have in the existing system of artist remuneration from streaming, and investment from record companies. The BPI and AIM have warned of unintended consequences if the current system is transformed with new regulation.

The Competition & Markets Authority is set to report its findings of an investigation into the power of labels and the streaming market in the UK.

Goldman Sachs recently predicted worldwide recorded music trade revenues could double by 2030 from their 2021 level of $25.9 billion. If the UK is able to match global streaming growth, British music exports would rise to £1 billion or more by the end of the decade.

“However, this will require a supportive policy environment that ensures the UK maximises its export potential at a time of intensifying global competition,” said a BPI statement. “Despite the welcomed increase in export revenues, the UK’s share of the global market is under pressure from established markets that are consolidating their share of the world market, such as the US and Europe, and from fast-growing domestic music markets that are achieving greater international success such as Latin America and South Korea.” 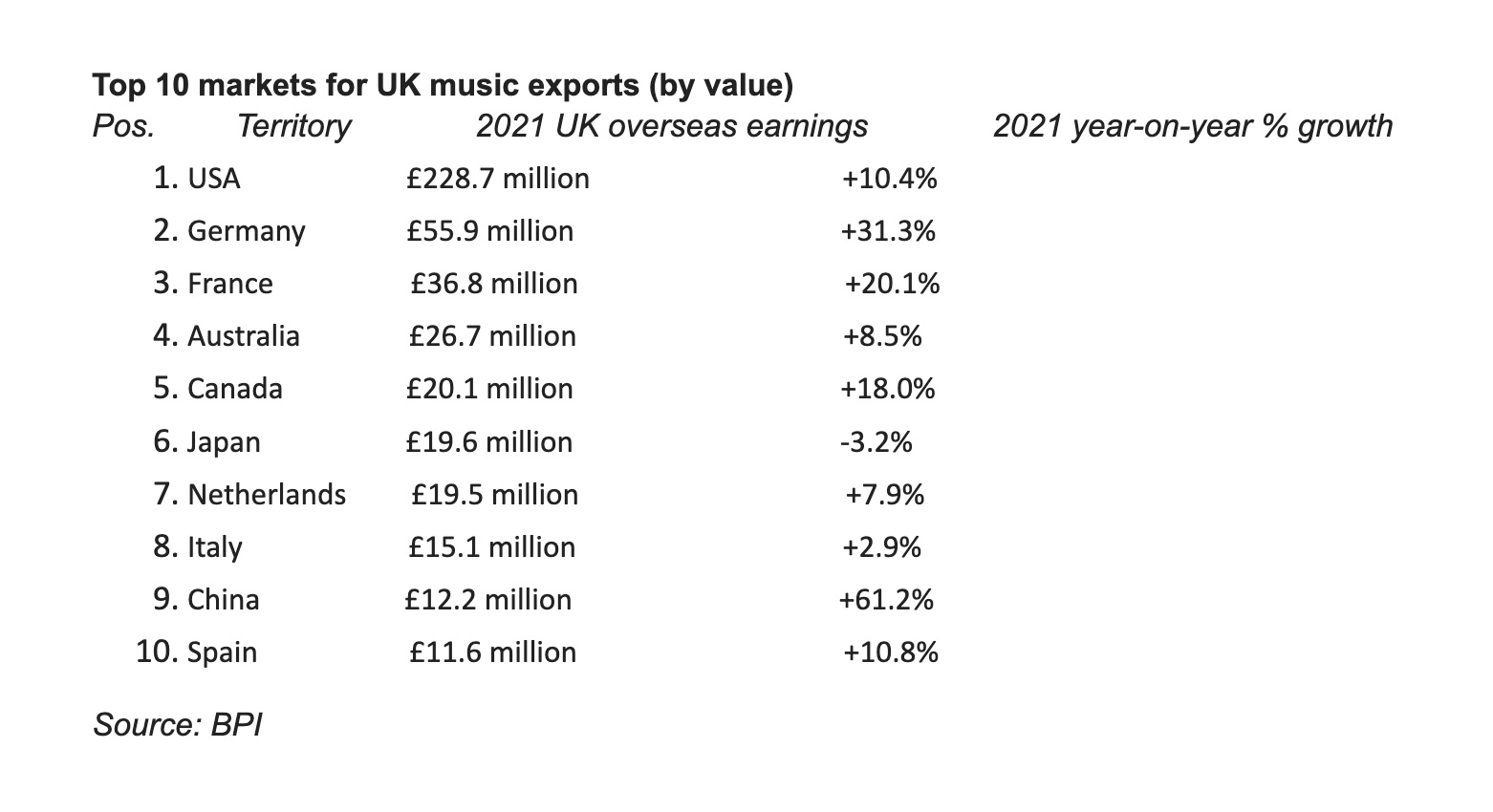 Last year, nearly 400 UK artists amassed over 100 million audio streams worldwide, according to BPI analysis of streaming data from Luminate (formerly MRC Data). This compares with around 300 artists at this level in 2020.

More than 600 UK artists achieved at least 50 million audio streams, while over 1,500 surpassed 10 million audio streams, “generating significant annual income in addition to their earnings from other sources, such as live touring, physical and digital music sales, broadcast and public performance, merchandising and sync”, according to the BPI.

Geoff Taylor, chief executive BPI, BRIT Awards & Mercury Prize, said: “These record-breaking figures once again highlight the extraordinary popularity of British music internationally. This is not just about our much-loved superstars, but new artists and bands from all over the UK who, with their label’s investment and expertise, are able to successfully navigate the competitive streaming landscape.

“Recent market estimates suggest the global recorded music industry could double in size by 2030, meaning there’s ample opportunity for more artists to achieve international success and for music to deliver for UK PLC. But continued success isn’t guaranteed, as competition increases from international markets, making it harder to cut through and putting pressure on our global market share. The Music Export Growth Scheme provides vital funding to help independent labels and artists expand their businesses overseas, and with sustained support from government, British music will continue to thrive all around the world.”

With sustained support from government, British music will continue to thrive all around the world

Jamie Oborne, founder of independent label Dirty Hit, said: “The Music Export Growth Scheme has played a critical role in building the international careers of hundreds of UK artists signed to independent labels. At Dirty Hit, we’ve seen evidence of this first hand, including with Beabadoobee and The Japanese House, whose successful MEGS applications have supported promotional, marketing and touring activity in the US. For The Japanese House, this included a North American tour for her debut album Good at Falling, while after we received funding for Beabadoobee last year we continued to build our touring base in the US ahead of her just-released second album.

“UK indies have a long and proud history of developing artists with global appeal, but at a time of increasing competition from other markets, the kind of targeted financial support offered by MEGS is needed more than ever.”

The UK’s record music export numbers were led by the success of global superstars such as Adele, Dave, Dua Lipa, Ed Sheeran and Sam Smith, as well as the enduring popularity of catalogue from acts including The Beatles, Queen and Music Week cover star Elton John.

The most-streamed track of 2021 in a number of leading music markets was by a British artist or band, including in the US and Canada where Dua Lipa’s Levitating topped each market’s year-end chart. Glass Animals’ Heat Waves was Australia’s No.1 single of the year, while Germany’s 2021 chart was led by Nathan Evans’ Wellerman.

The BPI highlighted the fact that less familiar and new British artists from across the nations and regions of the UK are now achieving tens of millions of global streams each year on the back of a strong international following. These include dance collective Sault and rappers M1llionz and Yxng Bane, who each broke through 50 million global audio streams last year.

Some British acts who were streamed more than 250 million times around the world have not actually scored a UK Top 10 album or Top 40 single. The BPI noted that domestic success had not been a priority for artists including Ella Mai, Banners, Sarah McLaughlin aka Bishop Briggs and Cavetown.