'We never fell out with Mark': Cherry Red's Iain McNay on The Fall reissues campaign 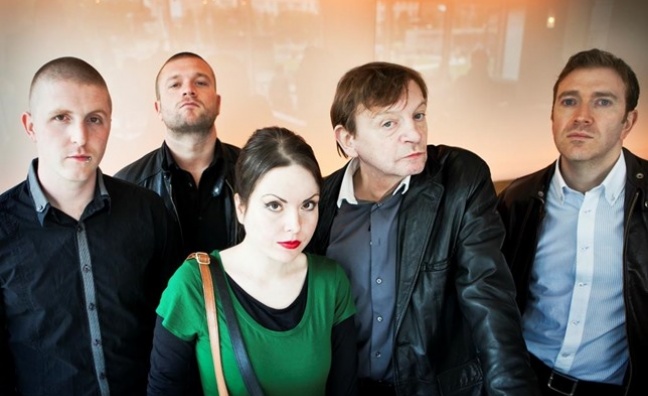 Cherry Red chairman Iain McNay has spoken to Music Week about celebrating the legacy of The Fall with a concerted campaign of “special” reissues.

Six months on from the death of Mark E. Smith, the indie label and catalogue specialist is preparing to release key albums by the celebrated post-punk band. Following a special edition of the 50,000 Fall Fans Can’t Be Wrong compilation in October, the label will release a 3-CD/2-LP expanded edition of 1979 debut Live At The Witch Trials in January.

“We own a ton of their catalogue,” McNay told Music Week. “Before Mark sadly died, he sold us the rights to about 40 albums so we are gradually issuing that.”

Cherry Red released The Fall’s last four studio albums between 2011 and 2017. A singles box set was issued last November, with a 7CD edition also including all the b-sides.

“We’ve got the rights to every a- and b-side, some we own and some we licensed from labels including Universal and Beggars,” said McNay. “They are the kind of projects we love. We love putting together a release that is thought through and consulted on with fans where necessary, and so it becomes special.

“We’re good at that, and hopefully we look after things in a loving way. At the end of the day we are running a business, but we try and do them in a way that is in the spirit of the artist. We never fell out with Mark – he left every other label, but we never fell out with him.”

Mark had his moments but he was never disrespectful

While McNay admitted that Smith could sometimes be difficult, he said they established a relationship of trust over the six years he was signed to Cherry Red.

“He never came in the office, which was probably for the best,” said McNay. “He got exactly what he wanted in terms of creative control, we never A&R’d him, we never tried to influence the artwork. Mark had his moments – every artist has a blow-up every now and again - but he was never disrespectful.”

The Fall is a small part of the growing Cherry Red catalogue, which now runs to 80,000 tracks.

“We’ve got a wealth of stuff – we’re putting out an average of 30 physical albums a month,” said McNay. “Catalogue has become like an artefact – when you put an album out it’s really important that it’s a great package. There has to be a reason for releasing it, you have to put all the unreleased tracks on there. So we try and make every release special, we’re doing a lot of box sets and we’re doing really well.”