'It sounds out of time, so it's remained timeless': Fran Healy revisits The Man Who 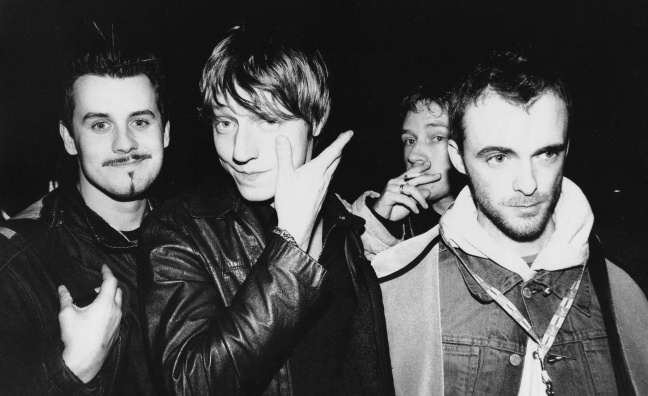 Travis frontman Fran Healy has spoken to Music Week about the band's upcoming tour, which will see them play their BRIT Award-winning sophomore album The Man Who in full.

Released in 1999, the multi-platinum LP spent 11 weeks at No.1 and has sold 2,692,972 copies in the UK to date, according to the Official Charts Company. It was the best-selling UK album of 2000 and spawned four hit singles - Writing To Reach You, Driftwood, Why Does It Always Rain On Me? and Turn.

"It's like getting the chance to play a full film," said Healy. "We played it at OnBlackheath and [The Bridgewater Hall] in Manchester last year and there's loads of connective tissue in the album. When you hear it all in a row, it's like, 'Ahhh'.

"It does sound, weirdly, like it’s out of time. It doesn''t have jazzy keyboards on it that make you think, ‘Oh, it’s the '80s,' and it didn't have jangly guitars that made it sound like Britpop, it’s kind of out of time and for that reason it's remained timeless. You'll probably be able to play it in 20 or 30 years from now and it’ll still feel that same kind of way."

It was such a random record. It slipped through the net and I’m so glad it did because it was a good record

The Man Who tour begins in Switzerland tonight (June 6) at the Unique Moments festival in Zurich, before stopping off the Zorlu Performing Arts Center in Istanbul, Turkey, on Friday. It will visit the UK in June and December. Liverpool Philharmonic will host the opening night on Sunday (June 10), prior to two nights at London's Royal Festival Hall from June 12-13, with support from Turin Brakes.

"It was such a random record," added Healy. "It slipped through the net and I’m so glad it did because it was a good record. This is the other thing, you can bring out a record with one good single on it and so the record's huge, but it’s shit. Imagine having that huge shit record."

Travis, whose most recent album Everything At Once was released in 2016, will also debut their documentary, Almost Fashionable - A Film About Travis, at this month's Edinburgh International Film Festival.